The Most Popular Modern-Day Scams and How to Protect Yourself

It seems like scammers compromise more and more accounts each day. Sometimes it seems nearly impossible to not fall victim of a scam. Here are the most common types of scams, and how you can avoid them.

One of the most common modern day scams in place today is a little mix of cold calling and a bit of impersonation. The scam involves individuals based out of call centers pretending to be Microsoft Technical Support representatives. They often use a generic script which involves telling the user that their computer is running slowly because of viruses. Upon doing that these scammers reel their victims in by mentioning how these said problems can be resolved by purchasing a piece of software they offer. They tend to ask for credit card information over the phone as well as requesting remote access to your PC via TeamViewer. Microsoft has issued a statement in regards to this stating “Remember, Microsoft will never proactively reach out to you to provide unsolicited PC or technical support. Any communication we have with you must be initiated by you.”

Posting an item on Kijiji or Craigslist will often times leave you with a mysterious text message or call from someone saying that they are out of the country but would really like to purchase your product. These scammers claim that they will send you the money upfront via PayPal and then pick up the product another time. This scam tends to work as the money will actually be in your account but once they pick up the product, they will open what PayPal calls a chargeback/dispute. This process involves the scammer saying that the item was never received, PayPal always tends to side with a buyer, thus causing a lot of people to lose out on their money.

One extremely common scam in this day and age is credit card skimmers. Skimmers are card readers that grab data from a card’s magnetic stripe while being attached to the real payment terminal. A camera then records the pin and security code. A scammer leaves the skimmer in a populated area for potentially days on end before coming back to collect it. Upon collecting it, an attacker can plug it into his computer and create cloned cards or sell the stolen credit information on the dark web. Make sure while at ATMs to check that the card reader is secure and is similar to other machines. Some copies are incredibly accurate and are nearly impossible to detect. 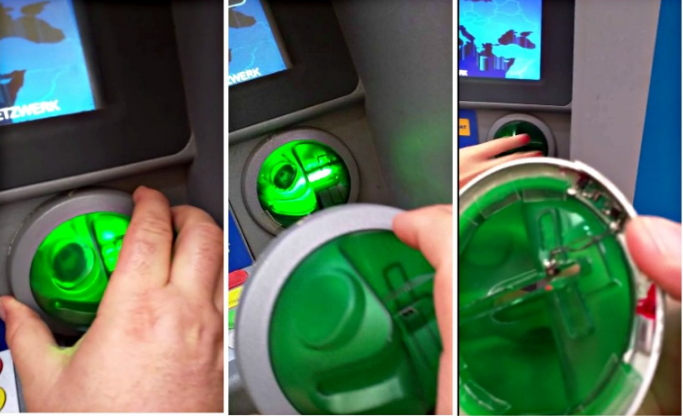 One of the most common techniques that has been around since Windows XP is the fake antivirus scam. Chances are you have probably encountered a pop-up at some point claiming your Windows installation is infected and you need to download their Anti-virus to remove it. If you end up downloading the software, your computer will be infected by some form of Malware or in worse case scenarios a ransomware threat such as CryptoLocker. CryptoLocker is a Trojan that targets computers running Microsoft Windows. It involves the software encrypting all a files on a user’s computer and demanding a certain amount of money for the decryption code. If a user fails to pay within the 72-hour time frame, all the files are deleted. Unfortunately, the scam can be repeated multiple times as the key does not necessarily delete the malware.

Scams are everywhere. Online snakes steal millions of dollars a year through vulnerabilities both online and in the physical world. No cure-all exists to best protect yourself. However, there are a few things you can do to minimize your chances of falling victim to a scam. While selling objects, only accept cash or go through a trusted retailer. You may not earn as much, but you won't be scammed. Next, ensure the ATM you are using does not have a skimmer by checking to see that the card reader is secure. Also, be aware of warnings that say your computer is infected. If a file starts to download, unplug your power or turn off the WiFi to ensure your files are not stolen. These tips won't prevent all thefts, but practicing extreme caution online can significantly reduce your chances of being scammed or hacked.

11 of the Most Popular Hobbies for Engineers