Compact Fusion Facilities Might Be the Answer to Limitless Energy

Finding a way to develop cheap limitless energy is the goal for many scientists around the world. At the moment the best bet for making that happen is via a tokamak fusion facility that would harvest the fusion reactions that power the sun and stars.

But is this really feasible and how can these facilities be produced more quickly and cheaply to provide virtually limitless energy?

Physicist Jon Menard of the U.S. Department of Energy's (DOE) Princeton Plasma Physics Laboratory (PPPL) has examined these questions as well as examined the concept of a compact tokamak equipped with high temperature superconducting (HTS) magnets.

U.S should build a compact facility

Magnets like these can produce higher magnetic fields necessary to produce and sustain fusion reactions that is impossible in a compact tokamak fusion facility. Menard's work is published in Philosophical Transactions of the Royal Society A.

"This is the first paper that quantitatively documents how the new superconductors can interplay with the high pressure that compact tokamaks produce to influence how tokamaks are optimized in the future," Menard said.

"What we tried to develop were some simple models that capture important aspects of an integrated design.

Menard's research has already had a significant influence on the sector. Director of the Princeton Plasma Physics Lab, Steve Cowley, observed that Menards work influenced the recent National Academies of Sciences report that called for the development of a compact fusion pilot plant to generate electricity at the lowest possible cost.

Benefits and limits begin to be understood

Cowley went on to say that the recent research provided the essential technical aspects required for much smaller tokamaks using high-temperature magnets. Compact tokamaks differ from their more elaborate facilities by having a cored apple-shaped device rather than the typical doughnut tokamak. 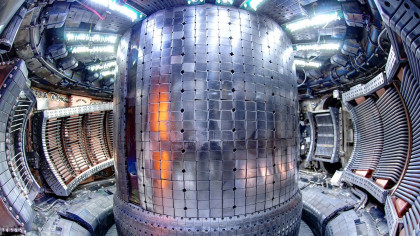 They can produce high-pressure plasmas that are essential for fusion reactions with relatively low and cost-effective magnetic fields. These reactions fuse light elements in the form of plasma to release energy. Essentially scientists are aiming to create a star on Earth to generate electricity for everything from homes to industry.

Fusion energy could last for millions of years without any greenhouse gas emissions. Mirandes recent paper is an extension of his previous work. The latest paper goes into detail about the sacrifices opting for a compact design with HTS magnets would have.

"We realize that there's no single innovation that can be counted on to lead to some breakthrough for making devices more compact or economical," Menard said.

"You have to look at an entire integrated system to know if you are getting benefits from higher magnetic fields." There is much to learn and experiment within this field of research.

Menard's work is an important step in moving the world towards a realistic use of fusion power. The physicist acknowledges that there are years of work ahead of him and others before a working model can be developed however it is essential to keep moving forward.

"Fusion needs to become more attractive," Menard said, "so it's important to assess the benefits of lower aspect ratios and what the tradeoffs are."