If bike thieves value their sense of smell, they'll find another profession.

Two San Francisco entrepreneurs created the SkunkLock, a steel U-lock that releases a nauseating and vomit-worthy stench should anyone attempt to cut the lock. 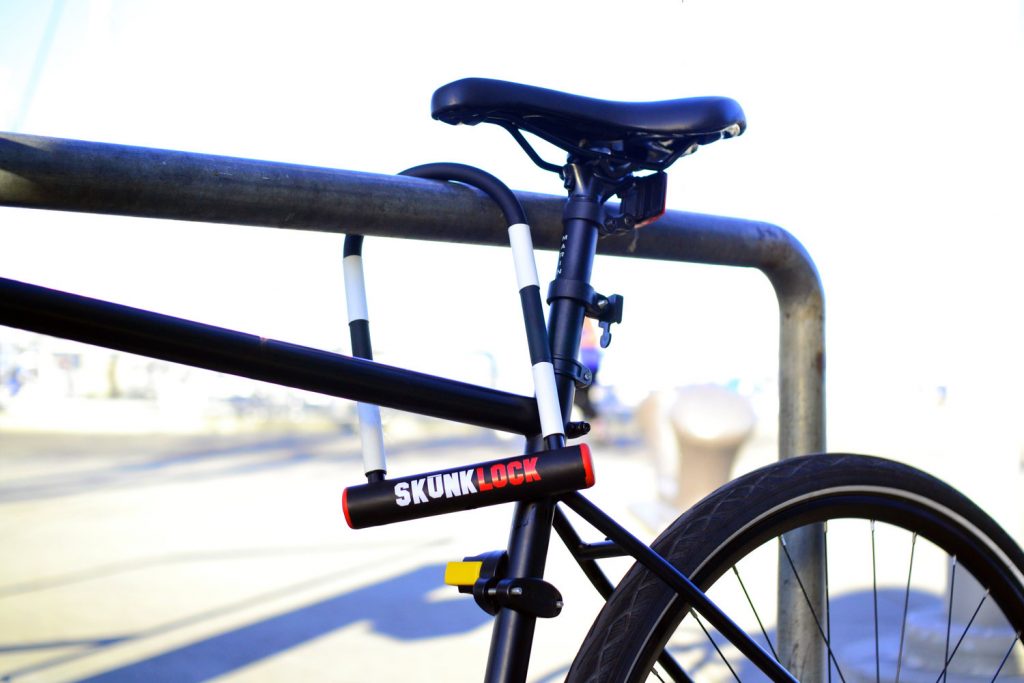 Yves Perrenoud and Daniel Idzkowski designed the lock to have food-grade acids. These acids share the same smells as those found in fowl-smelling Swedish fermented herring.

The idea came out of personal frustrations. A friend's $4,000 bike got stollen, as did Perrenoud's. Despite having $140 locks on their bikes, the men still lost them to thieves.

"When you commute everyday, you invest a lot of time and money in what you ride and you develop an emotional attachment to it," Idzkowski explained in an interview. "You'll do anything to make sure your bike doesn't get stolen. The best solutions on the market right now are worthless."

More than 150 million bikes are stolen each year, or over $350 million in value in the United States alone. However, bike theft normally falls at the bottom of priorities for most police departments, especially in large cities.

Idzkowski said his friend even had a picture of the bike thief to give to San Francisco Police.

"They said, Who do you think we are, CSI?'" Idzkowski said.

The lock is battery-free. As the website notes, batteries go bad and leave bikes vulnerable.

"Batteries go bad, GPS devices can be disabled and RFID can be destroyed with simple tools. No electronics means no chance for failure!" the website says.

The locks are currently being crowdfunded on IndieGoGo, where it's already met its goal of $20,000. However, if the product grows in popularity, they'll probably need more capital to manufacture the smelly locks.

The estimated cost of a SkunkLock will be $150, which falls on the upper range of high-end bike locks.

A UK Company Revealed a New Electric Hybrid Car. But It's Also a Bike?

This All-Electric Motorcycle Actually Self-Balances as It Follows You