It's a subject that most people don't want to talk about, but one that is probably due for some re-engineering. Ever since their invention, condoms have pretty much stayed the same, and even with their benefits, youth and many are still hesitant to jump on board with using them. After all, Condoms are typically associated with a decrease in pleasure, but one campaign is recreating the condom, and it could change the way the world looks at them. Check out the video below to learn a little more about how the condom is being re-engineered.

LELO HEX is the name of this new condom, and the company has set out to address 3 common problems: discomfort, slippage, and breakage. They have kept the same latex material as traditional condoms, but completely re-engineered the structure. Apparently, this condom has undergone 7 years of testing and has now reached a point taking inspiration from graphene.

"With 350 individual hexagons applied throughout each LELO HEX™, the condom’s surface tessellates and molds to the unique shape of the wearer. The result is a new feeling of intimacy and comfort never felt in condoms before." ~ LELO HEX

It features a hexagonal web structure throughout the thin latex to maintain strength but allow for a thin feeling. Through the panel design, the LELO HEX condom is able to form fit the user, rather than being held back like other traditional condoms. 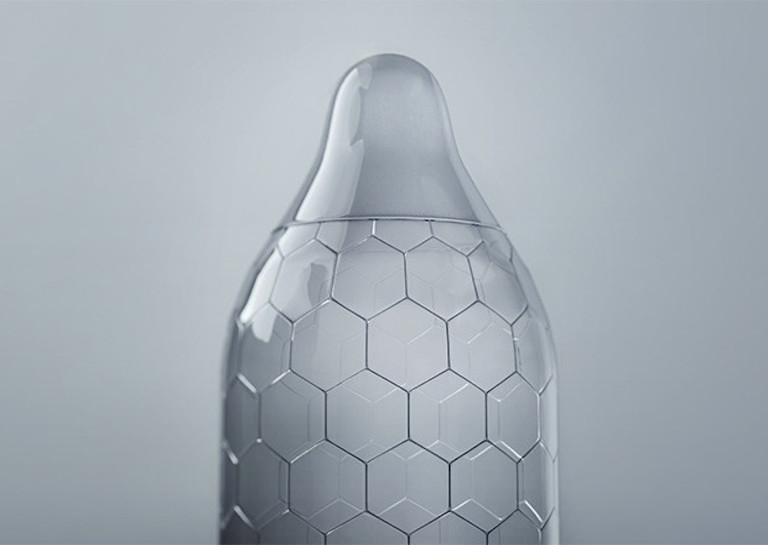 The campaign to bring this condom to life is currently exploding on Indiegogo, with nearly $200,000 in pledges and 22 days to go. The condom is about to get changed, big time.