Connecting Continents with the Eurasia Tunnel

The Eurasia Tunnel, a highly anticipated civil engineering project for Turkey, opened yesterday Tuesday 20th December 2016. To ensure that the opening day wasn't missed, toll booths had already been completed. Feverish work to asphalt the Samatya district (one of the tunnel mouths) was also underway throughout the night.

Its construction marks a watermark for Turkish infrastructure that will significantly improve commuting times for citizens and businesses in Istanbul. The tunnel will allow vehicles to cross from Europe to Asia, and vice versa, simultaneously.

The Eurasia Tunnel, Avrasya Tüneli in Turkish, is an underwater road tunnel crossing the Bosphorus strait. The 14.5 km tunnel connects Kazlıçeşme on the European side and Göztepe on the Asian side of Istanbul with a 5.4 km of the route under the Bosphorus.

Designed and built to help reduce Istanbul's traffic problems the tunnel is about 1km south of the undersea train tunnel Marmaray. The new tunnel and route will reduce travel times by 85 minutes from 100 to 15 - not too shabby!

While its construction will reduce pressure on existing infrastructure it will also help reduce Turkey's air and noise pollution. On opening, the tunnel will be the shortest route between Kazlıçeşme and Göztepe. This will reduce fuel costs and by virtue exhaust gas release and the maintenance costs of vehicles. 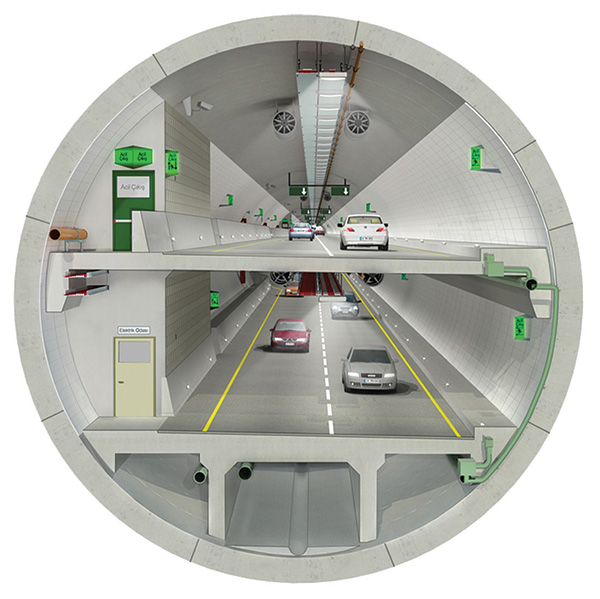 Originally conceived in 1997, The Eurasia Tunnel formed part of the Transportation Master Plan.

Building on this plan, a pre-feasibility study was undertaken in 2003 for the new Bosphorus crossing. A tunnel solution was recommended as the most realistic option.

The Eurasia Tunnel's route has factored in the existing infrastructure, current bridges, to enable a balanced distribution of traffic across the Bosphorus. The planned route also needed to consider the shortest underwater route possible. Other factors such as sufficient space for construction and operation were considered (toll booths etc). 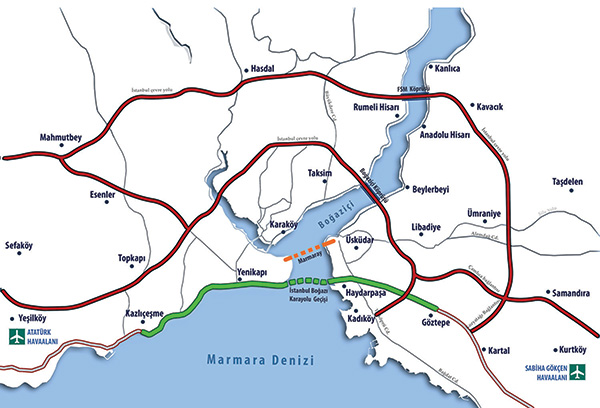 Construction began in 2011 with an expected total cost of 1.25 Billion USD. Unlike Fatih Sultan Mehmet Bridge, tolls will be collected from counters between each lane. These will be automatic systems, no hard cash, which will significantly reduce the potential for traffic buildup.

Tolls will be $4 plus VAT for automobiles and $6 plus VAT for minibusses in one direction for the first year.

The tunnel was built by Eurasia Tunnel Operation Construction and Investment Inc. (ATAŞ). ATAS designed and constructed the tunnel and associated infrastructure. They will also operate the project for 24 years and 5 months. The tunnel will pass to public ownership after this time has elapsed. 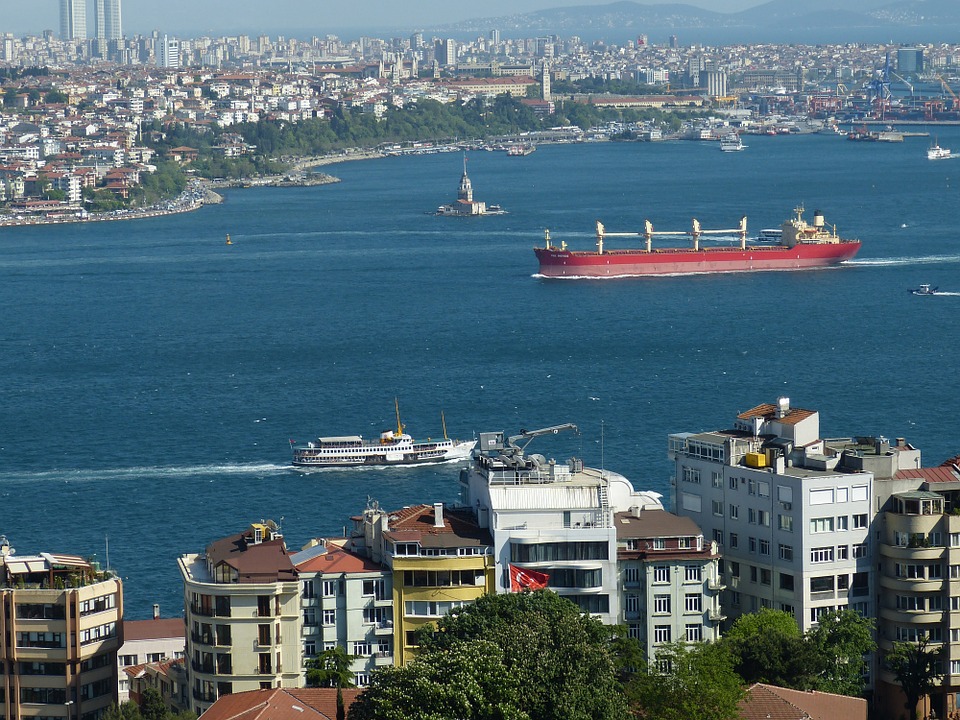 According to ATAŞ, the excavated material from the project would fill 788 Olympic pools. The cement used would fill 18 stadiums and the ironmongery could build 10 Eiffel Towers - Nice!

Designers claim the tunnel to be Tsunami resistant with potential use as an underground bunker (which is a nice thought).

The tunnel comprises of three sections:

This section comprises of five U-turns, as underpasses and seven pedestrian crossings (as overpasses). This stretch between Kazlıçeşme and Sarayburnu as a shoreline road along the Sea of Marmara's coastline. This section widens in Segment 1, which is approximately 5.4 km (3.4 mi), from 3x2 lanes to 2x4 lanes.

The 5.4km stretch of undersea tunnel,  with two decks and two lanes per deck. This section holds a toll plaza and an administrative building on the western end and ventilation shafts on both ends of the tunnel.

The route widens again from 2x3 and 2x4 lanes to 2x4 and 2x5 lanes, along with an approximately 3.8 km (2.4 mi)-stretch of the current D100 road that links Göztepe to Ankara-İstanbul State Highway.

The project design was a joint operation with Parsons Brinckerhoff, HNTB, ARUP, and Jacobs Engineering. Once operational responsibilities will pass to ATAS and Istanbul Metropolitan Municipality.

The tunnels excavated diameter is 13.7 meters with an inner diameter of 12m. The lining is 60cm thick. The tunnel's lowest depth (under sea level) is 106 m while its maximum depth below the seabed is 61 meters.

Suggestions for the naming of the new tunnel included Ataturk himself and the late-period Ottoman Sultan Abdulhamid II, an arch-conservative whose reputation has undergone a major revival in Turkey in recent years.

But the authorities have settled on the far less politically-loaded Avrasya Tunnel, despite a high-profile campaign by officials for the public to submit names.

"In public consultations, many names came out but Avrasya really was the most ideal," said Arslan.

Safety is a high priority for the project with emergency rooms every 300 meters. These are to provide shelter for the elderly and disabled.  As you might expect, escape routes between tunnel levels are also in place. The tunnel also comes equipped with emergency lanes, and telecoms positioned every 500 meters.

Turkish Authorities, on the back of the success of the Eurasia Tunnel, are planning a third tunnel with three decks to carry trains and cars.

"I think the Eurasia Tunnel will hugely ease the lives of the residents of Istanbul," says Turkish Transport Minister Ahmet Arslan. "But we are not just going to stop there."

This scheme involves a new gigantic third airport for Istanbul, the first bridge across the Dardanelles and even a Suez-style shipping canal for Istanbul.

The Suez Canal: the Water Bridge Connecting Europe and Asia