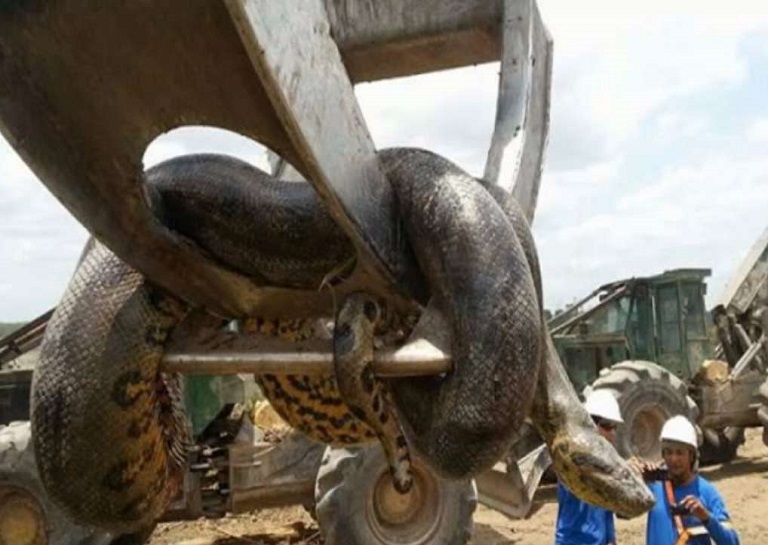 A recent video of a massive anaconda reveals what could be the largest snake ever recorded in history.

The snake was discovered by a construction crew in Brazil and is already building its name as the biggest snake in the world.

The snake was discovered shortly after a construction crew cleared the debris of a cave that was blown open by a controlled explosion. The footage filmed by one of the workers reveals the snakes massive body proportions, spanning about one meter in diameter.

Although figures are yet to be officially confirmed, the snake is believed to weigh more more than 400 kg and reach more than 10 meters.

Currently, the Guinness Book of World Records for largest snake in captivity is an enormous 7.67 meter reticulated python (python reticulatus) held captive in Kansas City, Missouri, USA. However, other records remain hazy with many massive encounters recorded over hundreds of years. The most credible, however, is likely the accounts of National Geographic who claim Green Anacondas reach lengths of up to 8.8 meters. If the current snake figures are correct, it could be the largest snake officially documented.

How Dangerous Snake Bites Can Really Be