Construction of an Incredible Underground Hotel in Songjiang Begins

A couple years ago, a British engineering firm Atkins proposed an extravagant design for a five-star hotel located deep within a 100-meter, abandoned and half flooded pit near the base of Tianmashan Mountain in the Songjiang District of Shanghai. Construction on the 19-story, 380-room Shimao Intercontinental Hotel finally is already underway. A few years ago, British engineering firm Atkins won the rights to design an extravagant hotel deep within a 100-metre pit in Shanghai’s Songjiang District near the base of Tianmashan Mountain. 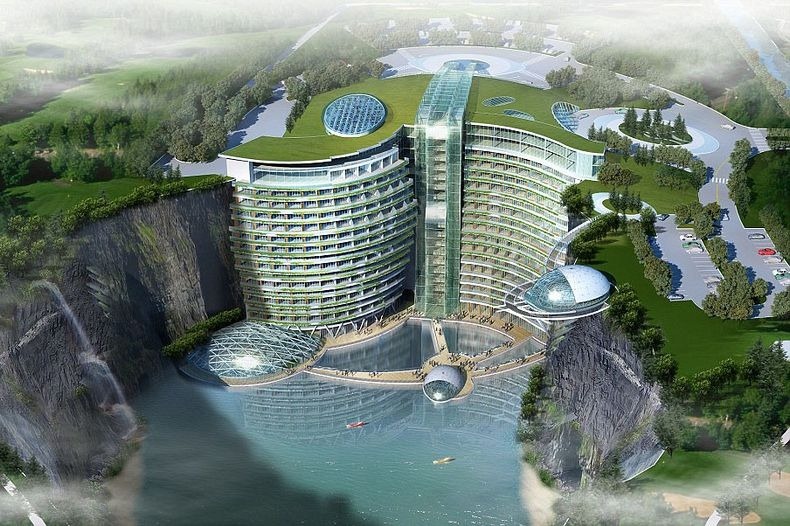 Construction on the Intercontinental Shimao Shanghai Wonderland finally commenced last month, and the hotel is scheduled to open in late 2014 to early 2015.

The complex is part of a larger 428,000 square-meter theme park. 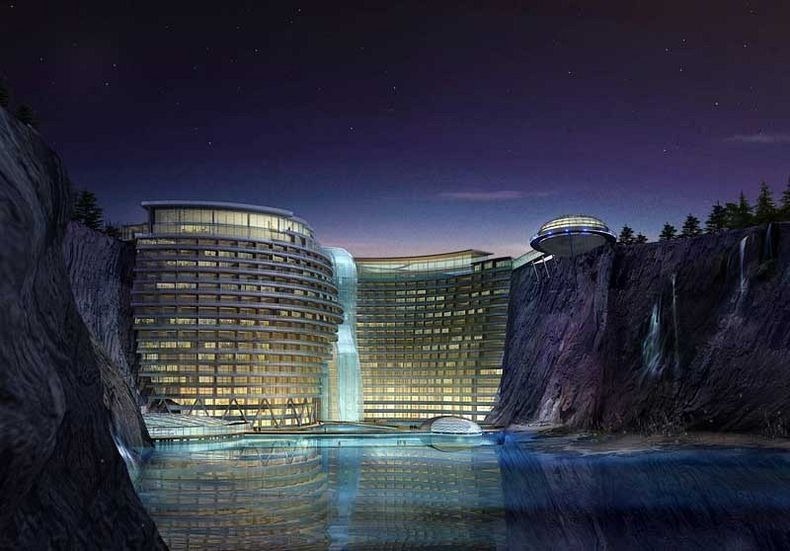 The hotel will have a total of 19 floors — three of which will be above ground and the remaining 16 extending into the bottom of the pit. It will hold about 380 rooms. The building will also feature an underwater restaurant.

Artist’s concept of the Songjiang Hotel

The entire hotel is to be covered in a green roof, while the building will use geothermal energy for it’s electrical supply and heating. The quarry will also provide a good source of heat control and shelter from the environment.

“We drew our inspiration from the quarry setting itself, adopting the image of a green hill cascading down the natural rock face as a series of terraced landscaped hanging gardens.” said Martin Jochman. 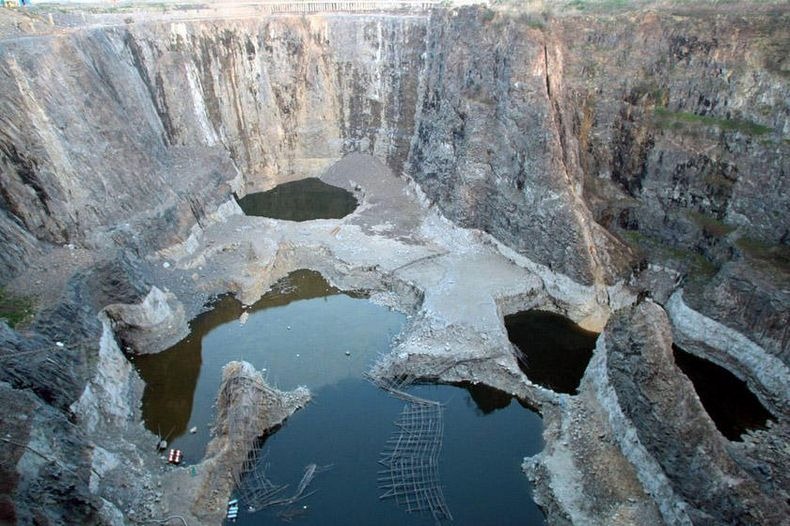 The Shanghai Shimao Property Group has so far invested US$555 million into the entire resort, and hotel rooms are expected to start at $320 per night. The hotel is scheduled to open in late 2014 to early 2015.