Construction on the LUX-ZEPLIN experiment has begun. When completed the experiment could finally prove the existence of dark matter.

Through the work of almost 200 engineers as well as a group of physicists from the University of Wisconsin -in an abandoned gold mine one-mile beneath the town of Lead, South Dakota- are constructing a chamber that holds 10 tons of liquid xenon. Dubbed the LUX-ZEPLIN experiment, the project aims to be the most sensitive dark matter detector ever made, protected from solar particles and cosmic rays.

After years of detailed planning, construction and renovation building has commenced in the cavern. Lead by LEO A DALY the renovations include a wide range of demolition work. They intend to demolish both an obsolete clean room as well as other walls to install a computer control system as well as four compressors and a backup generator to suck up tons of xenon in case of an emergency. 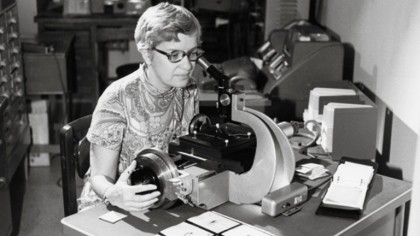 After the full construction and renovations are completed, physicists will carefully monitor the shielded liquid xenon for the presence of weakly interacting massive particles, or WIMPS, which are the hypothetical particles theorized to be the building blocks of dark matter. Scientists believe that WIMPS can pass through normal matter without any trace, occasionally bumping into normal particles. Officially going online in 2020, the LZ detector should be able to pick up WIMPS. As stated by Duncan Carlsmith a physics professor at UW-Madison, "Dark matter particles could be right here in the room streaming through your head, perhaps occasionally running into one of your atoms."

The general idea is to detect the elusive dark matter particle as it interacts with the xenon atom, causing a chain reaction in the chamber that will produce a burst of ultraviolet light and create a release of a flurry of electrons.

What is Dark Matter?

Though it may sound like something straight out of science- fiction film, dark matter is in fact very real. First theorized in the 1930s, dark matter is a term used to describe the 80 percent of mass that exists in the universe made of a material that scientists cannot directly observer. The material boggles scientist emitting no light or energy. Think of dark matter as the glue that is holding the universe together.

During the first 150 million years after the big bang, the universe was quiet, there were no stars or planets. As you are well aware, as time passed, stars, then galaxies began to form, those galaxies began to form together, eventually leading to the creation of planets. The material causing these galaxies and celestial objects to come together is dark matter.

If scientists are able to detect dark matter, it will be a major step in understanding the universe.

Via: NASA, University of Wisconson