When people say 'Snapchat' the first thing pops into mind is that ridiculous dog filter, right? Social media is often used to showcase people's selfies and other mindless propaganda. However, in some cases, social media could also be a convenient window into some things that are kept from the public eye. The latest Snapchat stunt was pulled on the Apple Park site in Cupertino, California. Although snap stories from the construction site have been lurking around in social media through Snap Stories since earlier this year, recent posts from the tech giant's soon-to-be-completed abode are currently trending online.

OK the Snap Map is the greatest invention ever. pic.twitter.com/1vvvL7K8H1

Apple Park has been dubbed as the 'spaceship' simply because of its circular or loop style architecture that is quite unusual for the purpose it's been designed for. Apart from office spaces, the tech giant's new headquarter will also be home to the 1,000-seater Steve Jobs theater that is located underneath the complex. Various sources have speculated that the underground theater may be where the new Apple flagship, the iPhone 8, will be unveiled later on this September. However, both the iPhone 8 and the Apple Park are still considered to be under construction and development, which may not make the speculated September flagship reveal. On the side of the iPhone 8, some predict that the OLED feature of the smartphone still requires significant work. For Apple Park, the recent Snapchat photos and videos reveal that the interior of the 'spaceship' building is still undergoing major works.

TBF Apple Park does look like a spaceship here pic.twitter.com/yjNehUQlIM

From the Snapchat video above, the recorded area looks more like a huge lounge in a modern hotel. But, for some strange reason, people think it looks like a spaceship. Have they seen a spaceship before? It will probably be one of the most state-of-the-art buildings in the world once it's fully completed. But right now, it just looks like a modern, high-end lounge. With that said, the official completion of the Apple Park is still one to watch out for. It was a building that Steve Jobs has ultimately envisioned to become Apple's center for creativity and collaboration. 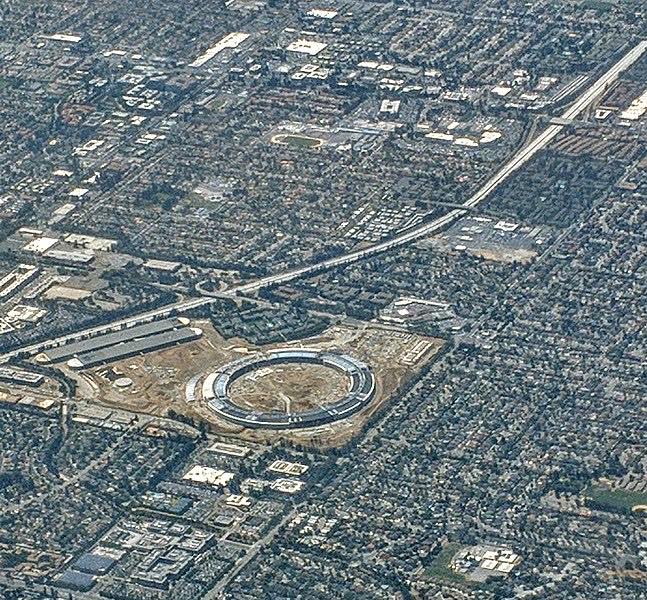 A recent article published by Deezen reported that Apple employees loathe the open-plan layout of their new, $5 billion office in Cupertino. Well, we understand the aesthetic appeal of an open-plan office. But let's face it, if you have to be confined in an office for 8 hours to work, then you would at least appreciate it if you have some kind of privacy.

If you happen to have a Snapchat account, by simply typing in 'Apple Park' to the Snap Map of the app, you can catch the latest developments going on within the site. The snaps are mostly posted by construction workers, which Apple does not have any control of nor encourage the unofficial revelation of the complex's interior.

According to Apple Park's architect, Forster + Partners works on the complex is scheduled to progress throughout the summer. However, employees have begun relocating to the new Apple HQ this April and that a target official opening date has been set for later on this year.

This Custom PC Only Uses Jägermeister as a Coolant