A consumer DNA testing company has allegedly sent back the results from DNA of a pet chihuahua stating that it belonged to a human with Indigenous Canadian ancestry.

Another consumer DNA testing company has been tricked by dog DNA. The Canadian company Viaguard Accu-Metrics has reportedly sent back human ancestry results from a cheek swab from a pet chihuahua named Snoopy.

Apparently, this is the second known time a DNA company has been fooled by pooch spit. Viaguard Accu-Metrics is used to verify if prospective members of the Confederation of Aboriginal People of Canada (CAPC) have genetic connections to the Indigenous populations of Canada.

People who send their DNA for testing and get results that confirm Indigenous DNA are granted CAPC membership. Viaguard Accu-Metrics has claimed it can not only confirm a person's ancestry, but that their testing is so good it can even indicate exactly which tribes of Indigenous Canadians they belonged to.

Louis Côté, who worked with CAPC to collect DNA samples, became suspicious of the results coming out of the lab and took the matter into his own hands. He bought three kits for the company and returned two of them with cheek swab samples from his own mouth and one with a cheek swab sample from his girlfriend's dog Snoopy.

Côté was shocked by the results when they returned. According to Viaguard Accu-Metrics both he and Snoopy had 20 percent Indigenous ancestry. The detailed analysis claimed 12 percent came from the Abenaki tribe and 8 percent from the Mohawk people.

“I thought it was a joke,” Côté told CBC News. “The company is fooling people … the tests are no good.” CNC News did their own research sending in samples from three employees who were natives of India and Russia, respectively, to both Viaguard and the US-based and popular DNA testing company 23andMe.

NBC Chicago undertook a similar undercover research project, it sent in a DNA from a Labrador Retriever named Bailey. The DNA testing company did not detect the sample was K9 and sent back results suggesting Bailey would be suitable for a career in basketball. 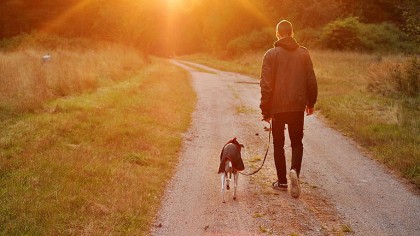 While humorous, the false results have led to allegations that CAPC is running a scheme to try and falsely claim for tax exemptions. In Canada, First Nation members are given a card that exempts that form tax on certain products. However, CAPC has been accused of giving out cards that look very similar to the member that have ‘passed’ the DNA test.

Neither the Canadian nor U.S. governments use DNA testing to establish ancestry links in regards to welfare or tax exemption. CBC News says that none of the experts they consulted during their sting operation believed that a consumer DNA test would be able to accurately determine someone’s specific ties to a First Nation tribe.

What's in the 4% Difference in DNA That Separates Us From Chimpanzees?