In a disappointing setback for Tesla's Model 3, Consumer Reports announced that they can no longer recommend the vehicle.

In a stunning announcement today, Consumer Reports has rescinded its highly sought after “Recommended” rating of the Tesla Model 3, citing reports of declining reliability for Tesla’s electric sedan.

In a report published today, Patrick Olsen of Consumer Reports wrote that “Consumer Reports can no longer recommend the newest Tesla—the Model 3 electric sedan—because members say they’ve identified a number of problems with their cars, including issues with its body hardware, as well as paint and trim.”

The report was based on its annual reliability survey, which polls car owners about the long term performance of nearly every major automobile on the market. This survey guides Consumer Reports decision making when it comes to the continuing recommendation of vehicles and is compiled using data from almost half a million vehicles.

Jake Fisher, senior director of auto testing for Consumer Reports said that the Tesla Model 3’s “reliability has not been consistent, according to our members, which has resulted in changes to their recommended status.”

“The vast majority of these issues have already been corrected through design and manufacturing improvements,” according to a Tesla spokesperson, “and we are already seeing a significant improvement in our field data. We take feedback from our customers very seriously and quickly implement improvements any time we hear about issues.”

Musk has repeatedly criticized some Wall Street investors for short-selling Tesla stock, a technique where an investor bets that the price of a company’s stock will fall and profits from the decline in price. 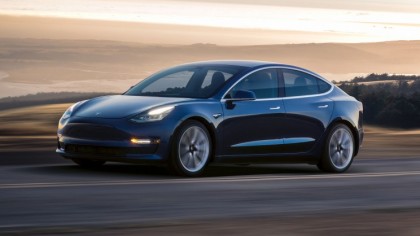 Much of the public difficulty Elon Musk suffered last year—from tabloid scandal to publicly getting stoned with Joe Rogan on a podcast—originated in Musk’s public fight with unnamed short-sellers he said were deliberately sabotaging Tesla’s stock price without cause. Musk even went so far as Musk threatening to take Tesla private over Twitter.

Silver Lining for the Tesla Model 3

Still, in spite of the concerns over reliability, overall owner satisfaction with the Model 3 remains high.

“In most cases, reliability issues will undermine satisfaction,” Fisher pointed out. “But when a vehicle has an enthusiastic following, like with Tesla, owners may overlook some issues. We’ve seen this with other vehicles such as the Jeep Wrangler and Chevrolet Corvette.”

This isn't all that surprising. After all, when Model 3 collision avoidance systems regularly save the lives of their drivers, what's a bit of paint-flaking in the grand scheme of things?