While it’s not unusual to see touchscreen controls on the dashboards of cars these days, the cars they are installed in generally don’t come cheap and are in the top price brackets. However, this could become a thing of the past if Continental has their way as they want to bring multi-touch controls to economy cars. 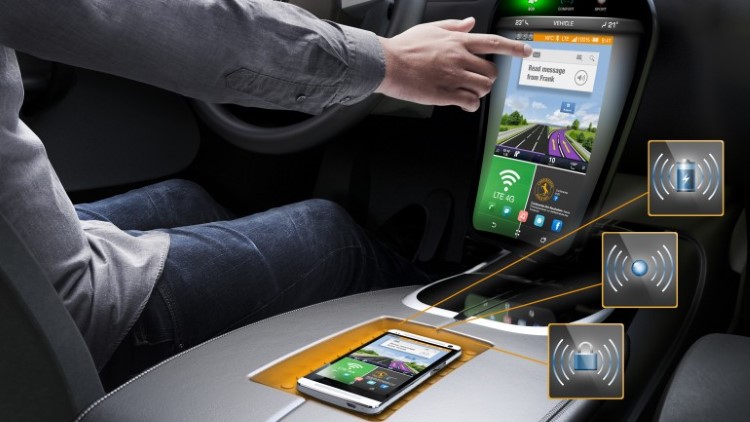 Continental has revealed what they call an infrared curtain system that would bring multi-touch to just about any car. The curtain is made up of a square frame that has a series of LED lights on two sides along with photodiodes on the other two sides. The LED lights beam infrared light and this is then picked up before being converted into an electrical signal by way of the photodiodes. These are found on the corresponding spot on the frame opposite. 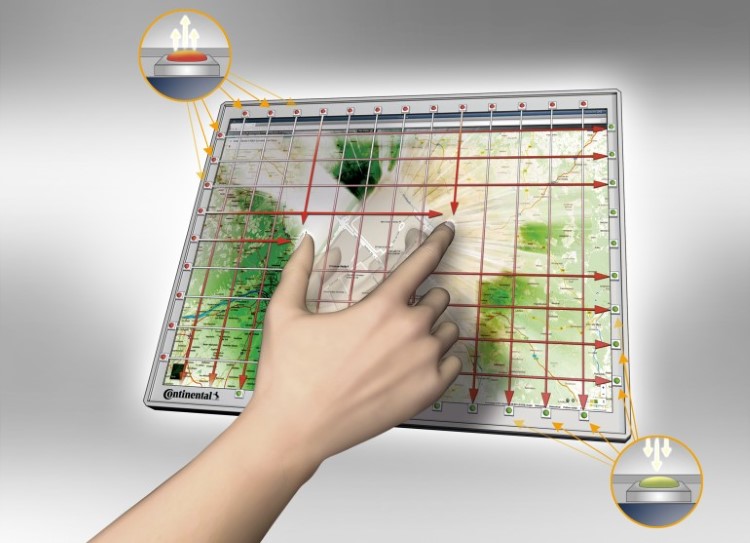 The frame in the outer edges of the LCD screen displays the same control features that you would associate with the normal capacitive touchscreen. The user reaches their hand through the grid of light beam and touches the onscreen controls and the finger blocks part of the beam. The photodiodes of the beam stop receiving light for the time being and therefore they don’t send a signal. It analyses the combination of the affected photodiodes and this leads to the system being able to work out where the users fingers are in relation to the controls on the display in real time.

This is the second version of the system, the first wasn’t able to identify multi-touch, including zooming and pinching. This system will also still function if the user is wearing gloves. Continental is now working on minimizing the frame that sticks out in relation to the screens surface and if all goes to plan they will have it ready for production by 2017.