How to Control Someone Else's Arm With Your Brain

You may have always had dreams of being able to control other people with just your brain, and now it's possible, but you may need a few wires. Neuroscientist Greg Gage has devoted his life to educating people about the brain and the science behind it. One of the best ways he decided to get people interested in the brain was physically showing them what the brain can do. He and another friend created some DIY equipment to monitor brain waves that can be viewed through an iPad. By hooking up some sensors to a volunteer's forearm, he was able to have her control another's muscles. Check out the insane TED talk below!

The science behind this is pretty cool, and if you watched the video you can see that simply moving someone's arm is not enough to control someone else's. The female volunteer needed to use her brain to activate the nerves in her arms to control the other's arm.

"This is gonna feel a little bit weird at first" says Greg as he hooks up the unassuming victim who was about to lose control of his voluntary muscle movement. This whole presentation was focused at getting people excited to study brain waves and the subsequent related technology.

One of the main issues, Greg says, that is keeping people from getting into neuroscience is the fact that equipment is very expensive, relegating the study of brains to only those who can afford it. 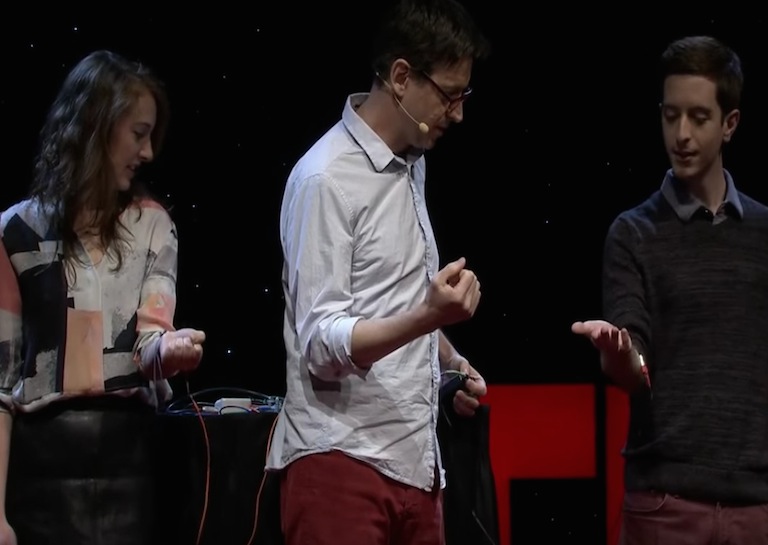 Who knew that you could harness so much power over someone else by just hooking up a few wires between your forearms? Here's the most shocking thing, if you want, you can do the experiment at home by following along with Backyard Brains' DIY instructions here. If this technology were to ever become wireless, imagine the capabilities of turning all of your enemies into zombies all at your control.

Here's How to Build Your Own Realistic D&D Ruins