Italian neurosurgeon Sergio Canavero is in the news again, this time for making the bold claim that he has recently performed the world's first human head transplant.

Controversial neurosurgeon Sergio Canavero is making headlines again, but this time with the statement that he has successfully performed the world’s first human head transplant. According to Canavero, the transplant was carried out in an 18-hour procedure and involved the successful connection of the nerves, spine and blood vessels of two people.

In this stranger than fiction scenario, few details have emerged, but Canavero did make a statement that the operation had been performed by a team led by Harbin Medical University-affiliated Dr. Xiaoping Ren. The China-based team, incidentally, was also involved in a monkey head transplant just last year. Canavero said that he’d been working very closely with Ren’s team, and that electrical stimulation of the nerves was a sign of the success of the transplant and complete attachment.

This news comes after a series of events leading up to this moment. It was just two years ago that he formally announced his plans to perform the human head transplant, later including details in a paper titled “Human head transplantation. Where do we stand and a call to arms” that appeared in Surgical Neurology International. The paper seems more of an essay on the failings of modern science to adopt his view on the feasibility of human head transplants instead of a scientific review. HEAVEN: The Head Anastomosis Venture Project, the lead project which guides his work in this area, is mentioned several times throughout the text. 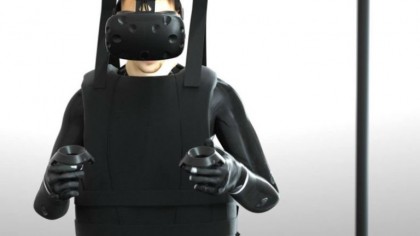 In the paper, however, he does make some mention of complications that might arise, stating that proper surgical knife selection is very important due to the possible risk of spinal cord damage for both the head as well as the body. The heads of both donor and recipient would also need to be cryogenically prepared. In terms of long-term and post-operative complications, he did acknowledge that due to the significantly increased risk of the donor’s immune system rejecting the parts, the donor (or the recipient?—Canavero, unfortunately, does not make this clear) would need to take medications more or less for the remainder of his or her life.

"A specially fashioned diamond microtomic snare-blade is one option; a nanoknife made of a thin layer of silicon nitride with a nanometer sharp cutting edge is another alternative," he wrote, adding, "Notably, the mechanical strength of silicon is superior to that of steel."

What is not clear is whether the slow emergence of details from Canavero about the transplant procedure are related to lack of evidence, or whether he is a scientist who, realizing that he faces strong opposition (his worked dismissed by some as ‘egotistical pseudoscience’), is simply protecting himself and his work.

Though the claims seem fairly innocuous, in the end, the medical community will have to ask tough ethical questions: is there danger in the claims being made, or is there an equal, and possibly greater danger posed by creating an atmosphere in the medical profession that allows these types of unbsubstantiated claims to be made in the first place?