Currently, there are four fundamental forces of nature – gravity, electromagnetism, and weak and strong forces between atoms. These forces have been well understood since the rise of modern physical research, but a team has just found evidence that seems to suggest there is a fifth one. If the finding holds up, a Hungarian research team may have discovered evidence for a fifth fundamental force after observing radioactive decay , according to Nature.

Attila Krasznahorkay at the Hungarian Academy of Sciences’s Institute for Nuclear Research in Debrecen, Hungary was the lead researcher on the team, and their study was published in the fall of last year. For the most part, it flew under the radar of all mainstream media and even the scientific community, but a group of American physicists recently published an analysis of the finding, bringing the possibility of a new force into greater light. The analysis team from the University of California found no evidence that the research was faulty or contradictory to other findings, so they concluded that there could, in fact, be a fifth elemental force.

Now, what exactly is this fifth force? It appears to be a light boson particle that is 34 times heavier than a molecule's electron. Physicists have been searching for a new force as the current four force model doesn't explain dark matter, which is thought to make up over 80% of the universe. Scientists are excited about these new findings, but it will still take time to confirm this new understanding of the physical realm. 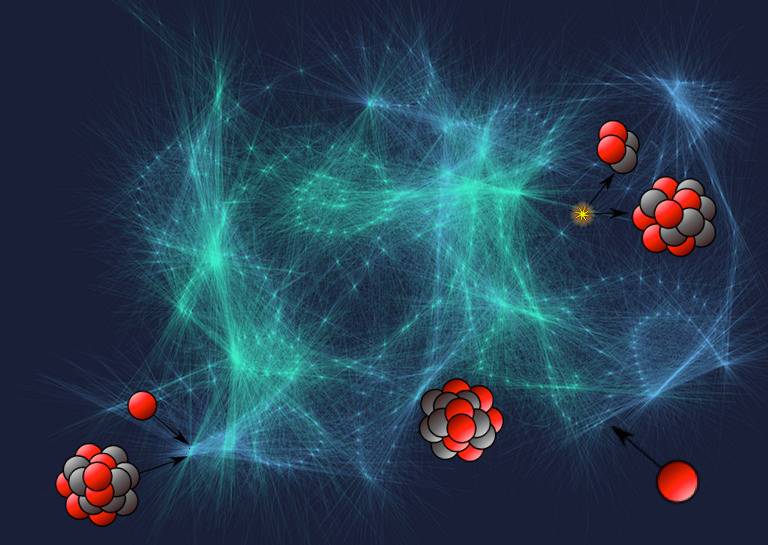 It is important to note that all of this research is still surrounded by quite a bit of skepticism, which likely won't go away until follow-up research can be conducted. The experiment consisted of the team firing protons at a thin strip of lithium, according to Gizmodo. When the protons hit the lithium at a precise angle of 140˚, more electrons and positrons than expected poured out of the lithium strip. This led the team to theorize that there must be particles in the lithium that are not currently known about, resulting in the current hypothesis of a light boson particle making up the 5th fundamental force.

Researchers and physicists will be confirming this discovery over the course of the next year. Even if it goes unconfirmed, scientists will still be searching for a fifth force to explain the physics behind dark matter. The scientific world is buzzing around this new discovery, and hoping that it may explain some of the unknowns in the current model of the universe.

SEE ALSO: First Ever Footage of Water Droplets Being Blown Up by Lasers