Controversies And Drop in iPhone Sales: Where Is Apple headed?

Apple’s latest share price drop could be part of a larger trend as slowing iPhone demand looms over the company.

From patent issues, new underperforming products, and less than stellar sales, Apple has had a rough 2018, with the technology company’s latest share price reflecting its newest set of controversy.

Just this past week Apple ended their Thursday with a nearly 10% drop in share prices placing the once largest publicly traded company fourth behind Microsoft, Amazon and Google's parent company, Alphabet.

Despite sitting at the fourth spot, it is still an impressive feat. However, the sudden drop in share price following the iPhone maker’s 5% fall in sales, relative to 2017, could indicate a growing trend among investors and as well the public.

While Apple makes headlines right out of the gate in 2019 with its dispute patent dispute with chip giant Qualcomm, perhaps it is a good time to take a look at the factors that have led to the company’s rapid devaluation, and where Apple plans to go in 2019.

Has the iPhone Peaked?

The Apple iPhone drives most of the company’s revenue. However, there has been growing concern that the beloved iPhone product may have peaked. Let’s face it, Apple smartphones are cool, but the features released during the latest keynote events do not garner the same attention as it did before. Not to mention, the latest generation of iPhone prices have reached an entirely new level.

Most already have a great smartphone that they use on a daily basis. Why dish out over 1K for a new one that is not really that much different from the product you already own.

As Vlad Savov of Verge states, “If there’s one thing we’ve learned from Samsung’s soft sales of the Galaxy S9 through 2018 and Apple’s dramatically reduced forecast of iPhone revenues for the end of that year, it’s that most people who want a great smartphone already have one.” 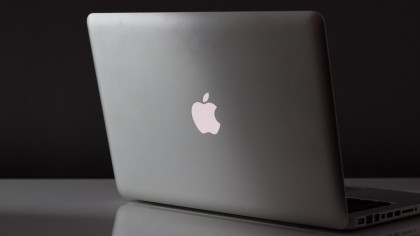 In a letter to investors published by the CEO of Apple at the beginning of 2019, Tim Cook announced that first-quarter revenue for the company will be lower than expected by up to $9 billion, citing lower iPhone sales. However, Cook highlighted that this lack of sales is due to the slow growth in developing markets, specifically, China.

Nevertheless, Apple’s decision to stop disclosing iPhone sales back in November 2018 could indicate a weakening demand for their flagship product creating a big level of uncertainty among investors.

People were still bitter about Apple’s admission to slowing down users phones during new product releases. The controversy sparked outrage among consumers in 2017 and still held its weight in 2018, triggering millions of euros in fines for the company.

New products like the highly anticipated MacBook Pro were shrouded in performance and overheating problems, causing the company to apologize to users and correct the problem after launch.

Legal battles between Samsung, as well as the Apple company's European Commission $15.3 billion fine, have all made major headlines throughout 2018, generating just as much attention as the company's latest generation of products.

Qualcomm Blocking the Sale of iPhone

Most recently on December 20th of 2018 and carrying its weight into 2019, a Munich court ruling found Apple had infringed patents on power-saving technology. The dispute against Qualcomm has caused the removal of iPhone 7 and 8 models from German stores. Though as of today, Apple has appealed the decision, the decision is still a major blow to the tech company in the German market.

Does Apple still have a special place in your tech heart? Rumors have hinted at Apple looking into the creation of AR and VR technology and even the creation of their own car. Yet, Apple’s latest string of actions has seemed to have left a bad taste in the mouths of consumers and investors perhaps indicating a much larger downward trend in the coming year.