A new material, developed by engineers out of Stanford University, incorporates a nanostructure that cools the body more effectively than traditional textiles. These fabrics promise to deliver personal cooling without air conditioning.

The research team's findings were recently published in Science. Co-author Associate Professor Yi Cui said, “If you can cool the person rather than the building where they work or live, that will save energy.”

The material's nanostructure allows for the release of heat energy in a way previously unexplored using traditional fabrics: infrared radiation. The result? A reduced skin temperature of 2 degrees Celcius.

Professor of electrical engineering and co-author, Shanhui Fan, said “Forty to 60 percent of our body heat is dissipated as infrared radiation when we are sitting in an office. But until now there has been little or no research on designing the thermal radiation characteristics of textiles.” 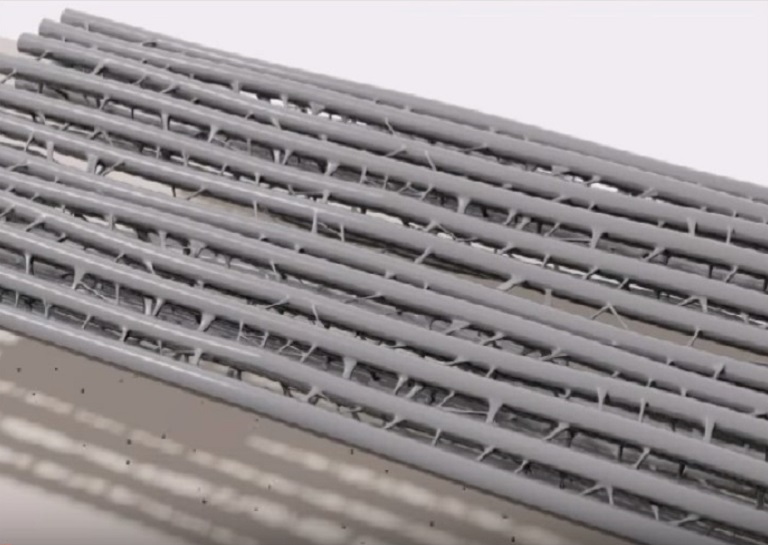 Working with polyethylene, the team augmented the existing properties of the material - to permit the passage of infrared radiation - with air and water permeability. They located a specific type of polyethylene with thermal, but not visible, transparency, already in use in the making of batteries. They further manipulated the nanostructure of this material to allow for the evaporation of water. This novel material was then laminated with a mesh of cotton to create a wearable fabric.

In comparative tests with regular cotton, the research team recorded cooling of 2 degrees Celcius when the skin was covered with the new material. The team hopes that this will make enough of a difference to result in air conditioning energy savings.

Professor Fan explained: “Wearing anything traps some heat and makes the skin warmer. If dissipating thermal radiation were our only concern, then it would be best to wear nothing.”

In order to be commercially viable, the researchers are working on a range of developments, including improvements to the texture and feel of the fabric. As the new textile incorporates an existing mass-produced material in the production of batteries, availability is of reduced concern. Cui explained: “If you want to make a textile, you have to be able to make huge volumes inexpensively.”

Fan highlights the possibilities for further passive thermal regulation research that this innovation opens up. “In hindsight, some of what we’ve done looks very simple, but it’s because few have really been looking at engineering the radiation characteristics of textiles.”

Researchers Test Cancer Drugs Without Animals Thanks to Human-Simulating Chips