Speakers on the 'The Diverse Workforce Tech Needs to Thrive’ panel at CES addressed the lack of diversity in the tech industry in their talks and presented some possible solutions.

More and more research and evidence show that a lack of diversity in tech and science can have damaging consequences.

From lack of racial diversity in genomics testing to racist AI, diversity is critical to allow new technologies to assist all humans. 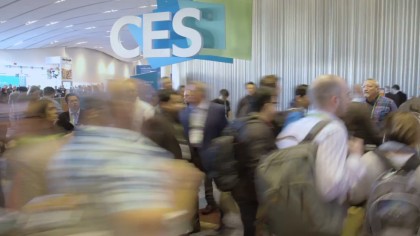 CES carefully dipped their toes into the topic of diversity and tech with a panel titled ‘The Diverse Workforce Tech Needs to Thrive’.

The panel comes off the back of CES being accused of blatant gender bias after it removed a robotics innovation award from a female-focused sex toy, labeling it ‘immoral and obscene’.

The panel was moderated by Tiffany Moore, the SVP of Political and Industry Affairs at the Consumer Technology Association. On the panel were Barbara Whye VP of Human Resources and Chief Diversity and Inclusion Officer at Intel.

.@bernardcoleman3, Global Head of Diversity and Inclusion of @Uber, will be speaking about the lack of diversity in the tech industry at the conference session The Diverse Workforce Tech Needs to Thrive at #CES2019 https://t.co/T5hPP7cFvX pic.twitter.com/lrcoi6pctD

Whye was joined by the interesting choice of Bernard Coleman the Global Head of Diversity and Inclusion at Uber, Elizabeth Gore the President of startup Alice and Michelle Morris VP of Global Marketing Solutions at Facebook.

While the panel was an exciting mix of people from diverse backgrounds it also showed that one of the key factors in gaining true diversity is that the people pushing for it are not in major power positions within their companies.

The panel makes a case for diversity as good for business

Tiffany Moore kicked off the panel in a brutally honest fashion bluntly stating that the statistics for women and people of color in the tech industry are appalling. And that these stats limit the potential of the industry by ignoring talent.

Moore said that while diversity is something that we should do because it's the right thing to do, she also says it just makes sense because of all the other benefits involved.

She also acknowledged that the lack of diversity could be a difficult cycle to break due to the way human typically people invest in people that are ‘like them’.

Michelle Morris confirmed this idea telling the audience that data shows diverse leadership teams are 75% more likely to get innovation.

Both Morris and Bernard Coleman from Uber discussed how their companies operated in diverse environments and used this as an argument for pushing diversity.

Unfortunately, it is hard to take a representative from Uber seriously on issues of diversity after multiple instances of the company ignoring problems within their employees as well. The most interesting and engaged of the speakers was Elizabeth Gore from Alice.

The website assists business owners to grow by matching them with partners and opportunity based directly on their unique profile and experience. The website attempts to rethink bias by looking at business owners not as a homogenous group but as individuals.

Users of the service are asked to provide specific detail about their background, race, sexual identity and experience so that they can be matched more precisely with people that can assist them through their own unique experiences.

The panel also discussed the need for stronger pipelines for women in tech from early school to graduate opportunities and beyond.

The bottom line of the panel is that diversity in tech needs to be addressed honestly and urgently. As a proposed first step in the solution is in all companies, universities, and organizations to acknowledge the lack of diversity as a problem, and then working with experts on genuine ways to improve it.

The presented stats show women and people of color are drastically underrepresented in the tech industry and this is not only wrong it's limiting our technological potential.

There's a Neutron Surge at Chernobyl. It Could Lead to a Runaway Nuclear Reaction