You may remember our recent feature of Carbon3D's new 'breakthrough' in 3D printing that allowed them to produce finished products 25-100 times faster. Their process is referred to as 'Continuous Liquid Interface Production technology' and seems as though the part is being pulled out of a shallow pool of liquid material. Now, an Australian company, Gizmo 3D, have unveiled a similar technique that they claim is not only faster but also produces products of higher quality. 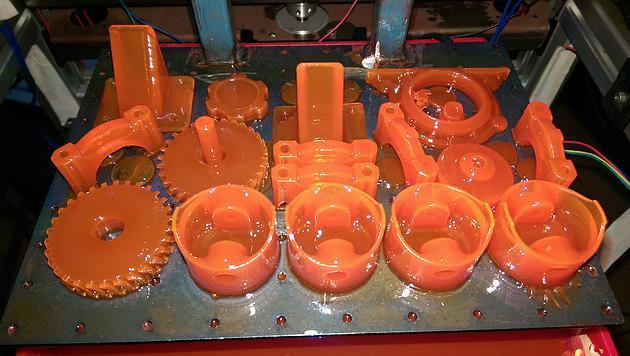 They also use a stereolithography method, where the product is produced as a result of curing a photo-sensitive resin, but rather than the part being pulled out of the pool of liquid as layers are completed, the whole product is created whilst in the resin. Direct Light Processing (DLP) technology is nothing new in the 3D printing world but Gizmo 3D's offering is a little different from Carbon3D's printer and also others on the market.

“[Our] printer is a top-down DLP printer. It is great for printing big parts because there is no suction problems. SLA printers like the Form 1 use a laser and it draws lines like an FDM machine. It is fine for printing small items, but not so great when you want to print a lot of items on the build plate. The B9 Creator and Titan DLP printers are bottom-up DLP printers. All bottom-up printers have the same issues. They all have suction problems, so the guys [at Carbon3D] are trying to solve problems with nature [by] coming up with elaborate ways like an oxygen layer between the projection area and the resin. We have alot of oxygen around us, let it do its work for free!”

One thing that stands out about the others, and what assists in making the method so fast, is that instead of printing layer by layer the product is printed continuously like an animation, with no breaks between layers. A build plate sits in the resin and slowly moves downwards whilst 'playing' the animation using the DLP tech. Du Toit still hasn't coined the process and although he has been referring to it as 'continuous printing' he says that 'animated printing' may be a better term.

He claims that his device can print a part 150mm x 80mm x 26mm in size, at a 50 micron z-axis resolution, in just 6 minutes and you can check out the speed of the print for yourself in the video. Although you won't find a great deal more of information about his printer as due to a current lack of patents a lot of it is being kept a secret. He is working on a Kickstarter campaign though for when the time is right.

“I am using the same DLP technology as everybody else building bottom-up printers, except mine is a top-down,” says Du Toit. “I just have special features that set it apart. [There is] one top secret that needs to be patented and I will probably not talk about it until I [launch on] Kickstarter. There are alot of smart and rich people out there that might be able to build it into their machines before I [go on] Kickstarter.” 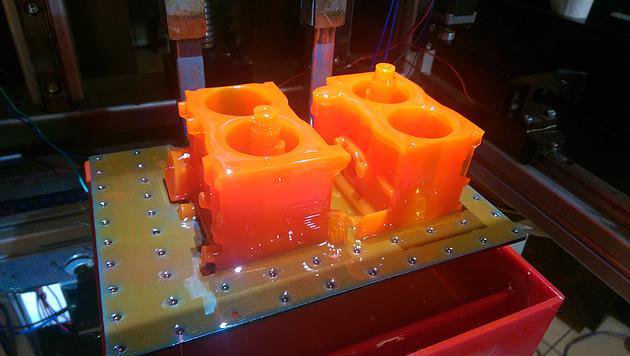 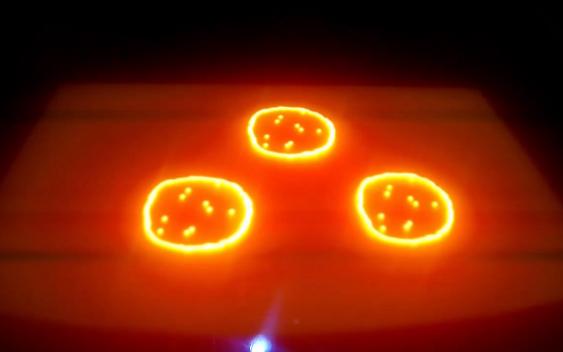 I guess we'll just have to sit tight and wait until the secret is ready to come out but recent advancements in the speed of 3D printing products is definitely exciting.