A Crash Course in Geotechnical Engineering 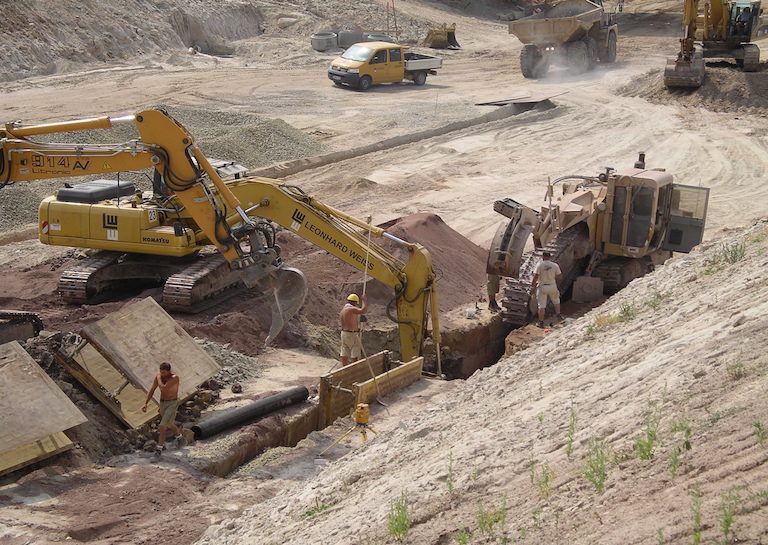 Dirt is everywhere. We grow up playing in it, being told not to eat it, and yet, it is one of the most difficult things to engineer and design around. There is a whole entire world beneath your feet, with complex physics that still aren't able to be fully predicted and modeled. This is geotechnical engineering. The easy way to define geotechnical engineering is to say anything to do with dirt, but it also involves water movements, densities, soil infiltration, and tons of complex properties that all vary across the world. Civil engineers most closely work with geotechnical engineers when designing buildings and foundations, but the field isn't limited to that. The difficult thing is that dirt is not homogeneous, consisting of all of the same parts, so figuring out the different layers of soil and how they will impact your building is incredibly difficult. Before we get too much into the nitty gritty, take a look at the introduction video below.

Of any engineering profession, geotechnical engineering may be the most underappreciated, or at even the least understood by others around the world. To the untrained eye, dirt is dirt, sure it varies in color, but doesn't it all behave kind of the same way? There is nothing further from the truth.

When designing a building, the first step usually involves a geotechnical engineer going out and taking samples of the ground in various locations. Depending on the accuracy needed, the spacing of the samples will be taken at different intervals. Typically, samples are taken by drilling and taking what are called 'core' samples at specific depths or soil changes. These samples are then taken back to the lab and values like porosity, saturation, grain size, homogeneity and others are determined which then factor into how a building foundation can or needs to be designed.

There are other tests that can be done on the soil in the field, like determining density of the top soil, or even saturation and porosity. When designing a road or highway, for example, the dirt base needs to be as compacted as possible to prevent rutting and settling. Soil has an optimum moisture content at which the maximum densification can occur, which would be determined in prior lab testing. So, once the lab determines this optimum moisture content, it gives the builders in the field an optimum moisture range (~95% optimum) to keep the soil in so that maximum compaction can occur. Soil sometimes isn't strong enough to hold up things on its own, but there are ways to fix that that are much cheaper than using expensive concrete. Check out the video below to learn more.

Geotechnical engineering also encompasses groundwater movement, shear stresses and strains in the soil, and other complex soil equations that are a little beyond the scope of this introductory post. Let's take a look at groundwater flow for a moment. As you probably know, there is a water table below your feet or an elevation at which water naturally rests at in the soil. This level can change based upon rainfall and depletion rates from wells, but understanding how water flows through various soils is one of the key jobs of a geotechnical engineer.

Let's take a construction site where a foundation is being dug below the natural water line. This is fairly common in either larger structures or even some marine structures like bridges and offshore oil rigs. The common technique to keep water out of your construction site is to build an impermeable wall both to the natural water level and a certain distance below ground level. The problem is, figuring how deep you need to build that temporary wall can be complicated, but luckily geotechnical engineers have devised a complex, but easy to interpolate, method of understanding groundwater flow in situations like this. Check out the awesome demonstration of these principles in the video below.

If playing with dirt  is something you want to do for the rest of your life, geotechnical engineering can both be fun and incredibly challenging. Even though there are many things that are understood about dirt, there are still many avenues that are largely undiscovered in the realm of soil mechanics, so maybe you could be the one to make the next breakthrough! If you are interested in building design, but don't want to work with dirt your whole life, check out our introduction to what a civil engineer  does here.

About the Author: Trevor English is a civil engineer by training with a specialization in hydrology and water engineering. For questions or additions to this article, you may contact him at trevor@interestingengineering.com

A Russian Rocket Failed to Stay in Orbit, Crashed Back to Earth