Create Your Own Robot With SPRESENSE, Sony's Advanced IoT Processor-Equipped Board

Interesting Engineering traveled to Rome to get the first impressions of Sony's SPRESENSE European announcement.

ROME, Italy -- Sony Corporation has just launched two new products, the SPRESENSE main and extension boards for IoT applications. The boards are equipped with a smart-sensing processor. SPRESENSE Camera Board for sensing cameras is expected to go on sale in October 2018.

Sony's new products are on display at the Maker Faire Rome 2018 - European Edition held from October 12 to 14 at the Fiera di Roma, Italy.

Interesting Engineering was at the announcement to record first impressions of what the SPRESENSE can do as well as experiencing first-hand the makers’ inventions.

What Sony's SPRESENSE is all about

SPRESENSE is a compact development board based on Sony’s power-efficient multicore microcontroller CXD5602. It allows developers to create Internet of Things (IoT) applications in a very short time. It is supported by the Arduino IDE as well as the more advanced NuttX based SDK. SPRESENSE SDK Developer Guide can be found here. 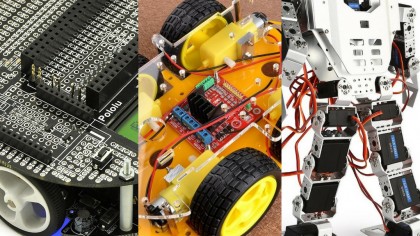 The environment set up, however, is a little bit different to other platforms such as Arduino UNO.

The main board utilizes a multi-CPU structure equipped with Sony's state-of-the-art Global Navigation Satellite System (GNSS) receiver and high-resolution audio codec. Systems for diverse applications such as drones, smart speakers, sensing cameras, and many other IoT devices can be built by combining the SPRESENSE boards and developing the relevant applications.

Join the @Sony team at #MFR18 and get surprised by a whole bunch of demos based on their #Spresense development board! ➡Stop by BOOTH 8.E.01 Pav.8 and try the demos covering #robotics, #AI, time-lapse image capturing, scratch programming and more! https://t.co/vxqN0r33kN pic.twitter.com/ZIN87Qb1hn

The SPRESENSE main board operates on low-power. It features a smart-sensing processor, with a built-in GNSS receiver and an audio codec that supports high-resolution audio sources. The SPRESENSE main board employs an hexa-CPU, multi-core configuration; this makes it quite easy for anyone to create high-performance, highly versatile applications.

Applications: From drones to robots and everything IoT

The SPRESENSE new board can be used, for instance, to control a drone using GPS positioning technology and a high-performance processor, voice-controlled smart speakers, low-power consumption sensing cameras and other IoT devices.

In manufacturing, the SPRESENSE board can also be combined with various sensors for use in systems that detect errors in production lines on the factory floor.

The extension board is used combined with the main board. It is equipped with a headphone jack, microphone jack, and SD card slot which can be used to develop audio applications with audio recording and playback.

The extension board is also equipped with a connector that can control the I/O voltage of the main board to switch from 1.8V to between 3.3V and 5.0V. This makes it possible to connect and utilize some open source platform, general-purpose extension boards.

The @Sony team is now at #MFR18 getting ready to showcase a whole bunch of demos based on their #Spresense development board! ➡Stop by BOOTH 8.E.01 Pav.8 and try the demos covering #robotics, #AI, time-lapse image capturing, scratch programming and more! https://t.co/0XZ8ic5ajC pic.twitter.com/HEOsaDEwps

Positioning information and audio input/output functions are expected to become ever more important in the expanding and rapidly growing IoT market. The combined markets of the Internet of Things is expected to grow to about $520 billion dollars in 2021.