Creating Safer Drugs Could Save More Mothers in Childbirth

Finding a replacement for the popular misoprostol might be the first step in drastically reducing postpartum hemorrhaging.

Biochemical engineers recently made a huge step in the health of new mothers by finding a vital issue with one of childbirth’s most commonly used drugs.

The drug misoprostol has been an affordable drug used to offset fatal bleeding. However, it comes with a number of dangerous side effects. Those side effects include intense cramping, heart attacks, increased brain toxicity, and fetal death.

Researchers think their latest study will open up a better understanding of why misoprostol causes so many issues while paving the way for safer drugs.

“Misoprostol is a key drug for women’s health, especially in countries that lack access to medical resources, where it saves many mothers’ lives at childbirth,” said corresponding author Raymond Stevens, director of the Bridge Institute and Provost Professor of Biological Sciences and Chemistry at the USC Dornsife College of Letters, Arts and Sciences.

There are 216 deaths for every 100,000 live births, according to UNICEF. While this number has gone down drastically over the years, improvements still need to be made.

In the United States, there are 26.4 deaths for every 100,000 live births, up from 18 deaths in 2014. America has the highest maternal mortality rate of all major industrialized countries.

Each year, roughly 700-1,200 women die during pregnancy or due to complications related to childbirth in US.

“The development of newer therapeutics that are more selective with the tissues they target would be an impactful advancement in women’s health,” Stevens said.

“This research improves our understanding of how the drug works and provides a starting point for new drug discoveries.”

Rather than continue to rely on a damaging drug, the USC researchers used X-ray mapping to see how cells interact with misoprostol.

They created a 3D structure map of the cell receptor during the binding process.

To create the model, the team first created a crystal of the drug molecule. They then pointed X-rays into the crystal which forms patterns.

The team built out a map of the structure based on how the molecule looked as it bound to the cell receptor. 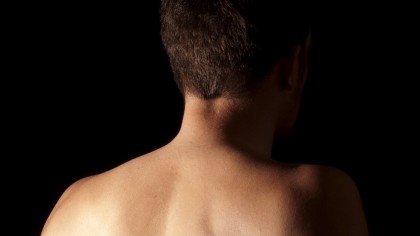 Misoprostol is used for more than just preventing hemorrhaging in mothers. It has been used to control stomach ulcers and even induce labor.

It’s classified as a prostaglandin analogues, so named by how they mimic prostaglandin hormones, hormones triggered by illness. Understanding how the body “talks” to misoprostol is critical, the researchers note.

“The human body is built of a few trillions of cells, and these cells have to talk to each other,” said the study’s co-author Alex Batyuk.

“The way they communicate is through these receptors, which sit in the cell membrane and transmit signals in and out of cells.”

The model could help scientists create computer-model tests of other drugs to see which ones would be more beneficial than misoprostol.

“Trying to design new drugs without understanding the structure of the receptors they bind to is like trying to build a car from the ground up, without a manual,” said lead author Martin Audet, a postdoctoral scholar at USC Dornsife.

“This could enable us to get even more data about its molecular mechanics — how it moves and interacts with drug molecules — which will help us fine-tune other potential drug compounds and predict how they will impact the body.”

This Is How Clean Energy Could Bring More Rain to Africa