The Creator of Email has Died

Ray Tomlinson, the creator of email and the first to widely use the '@' symbol has died at the age of 74 today after suffering a heart attack. In 1971, he was the first person to send an email and chose the '@' sign to separate his username from the web address. Tomlinson was an American programmer who sent the email through ARPANET, a predecessor to the modern internet. Among the first to mourn his death was Gmail, tweeting:

Thank you, Ray Tomlinson, for inventing email and putting the @ sign on the map. #RIP

Coworkers of Ray say that he was humble and never boastful even though he held many awards and was even inducted into the Internet Hall of Fame. Email and the '@' sign forever revolutionized the way that people communicate and how business is done all over the world. In an interview with NPR, Tomlinson described why he chose the '@' symbol by saying, "it's the only preposition on the keyboard."

Back in the day when email was invented, very few people used the internet, let alone communicated using the technology. However Tomlinson saw that there would become a need for stored communication through means other than the telephone recording machine, which was expensive at the time. 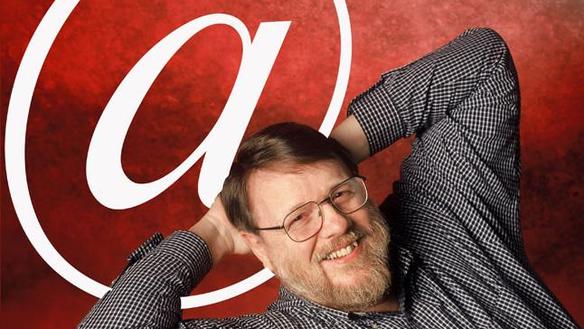 While the invention of email may seem like a big deal, Ray says the "first email is completely forgettable" according to his interview in 2009.  The news of his passing is tragic and perhaps puts into perspective how old the internet is becoming. We are no longer living in an age where constant communication and information availability is a novelty. Rather the internet has become the modern way of life, and many alive today don't know of a time without it.

In times of loss, it is often good to reflect back on who the man was and even what he has done. A video of Ray's acceptance speech into the Internet Hall of Fame in 2012 can be seen below.

Communication throughout the entire world has been changed forever by the programming ability and inventions stemming back to Ray Tomlinson. He will be missed.