Cree LED lighting will put other fluorescents in the shade

Cree are leading the way when it comes to putting other forms of light in the shade, by replacing them with LED lighting sources that are much greener. They have recently revealed a brand new type of light that is set to tackle the florescent overhead lights, one of the largest hogs of energy in corporate America. 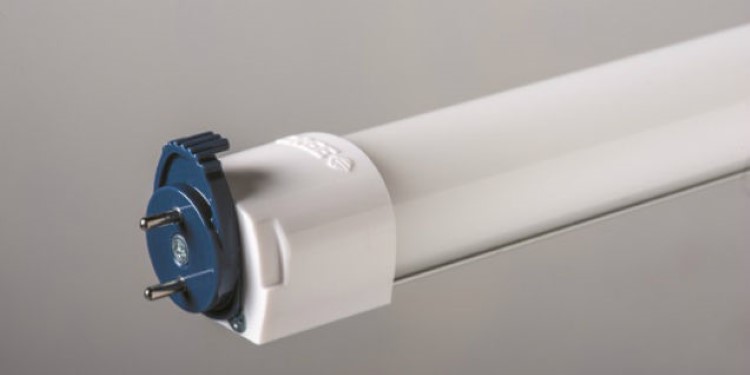 The T8 bulb from Cree looks a lot like the T-8 fluorescent tubing that has been around since the 70s, but the biggest difference is the fact that the Cree lighting uses LED instead of the inert gas, which means that it can turn on straight away. It doesn’t flicker like the old traditional lighting systems and it can save as much as 30% in energy savings when compared to the traditional method. The T8 from Cree gives out 2100 lumens at 21 watts along with a colour rendering index of 90. This is excellent when you take into account that even the best of the fluorescent bulbs are around 10 points lower than this. The T8 has an innovative oval design and this means that it offers more up-light than the standard 180 degree tubes.

It is said that the Cree light will run for around 50,000 hours, so expect over 17 years of use, which is based on running for 8 hours every day over a period of 365 days. What’s even better about the lighting is that it has been designed to work with around 90% plus of existing ballasts; this is not the case with other LED fluorescent replacements on the market. With them you would typically have to climb a ladder and get into the ceiling to rewire the system. With the Cree tube you simply have to plug it in just as you would if you were using one of the standard older fluorescent tubes.

The downside to it is that upfront costs are a little steep, but then you can expect this with any LED system currently on the market. It comes in at around MSPR of $30. The bulbs do come with the DLC compliance rating, which is the equivalent of the Energy Star program, but for businesses. This means that while they may be a little steep for the initial outlay, you can expect to make savings of around $5 to $15 or around 30% per light from the monthly bill and of course there is the energy savings too to take into account.