Crickets Happier, Less Aggressive After Being Exposed to Human Drugs

A new study wanted to figure out why animals differ in personality and used crickets to pinpoint causes.

Pet owners understand their pet has a unique, distinctive personality. People who own multiple pets can definitely spot the differences between their dogs’ personalities or their cats’ temperaments. However, little research has been done to figure out exactly why two animals of the same breed have distinct personality traits.

New research from Linkoping University used brain-altering human drugs to see if those drugs effectively changed the behavior of animals. And the animal used to test these personality differences? Simple crickets.

Yes, crickets -- like most other insects -- have distinct personalities. The researchers wanted to see if crickets that were normally bolder or more aggressive could change their characteristics.

"In humans, people with different levels of brain chemicals, such as serotonin and dopamine, often behave differently. However, we do not know if these chemicals can explain personality differences also in other species, and if the chemicals cause the observed differences or if both the differences in behavior and chemical levels are caused by another underlying factor," said Robin Abbey-Lee, postdoctoral researcher at the Department of Physics, Chemistry and Biology, IFM, and lead author of the study. 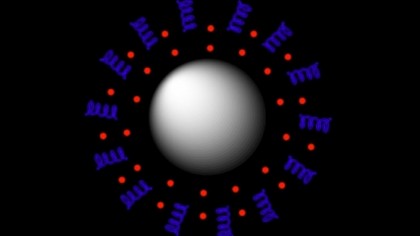 The researchers wanted to change the levels of serotonin and dopamine in the crickets to see if it mimicked the personality changes the drugs could have on humans.

"In this study we wanted to address an important gap in our knowledge by experimentally altering these brain chemicals and seeing if we could get a resulting behavioral change," said Hanne Løvlie, associate professor at IFM. Løvlie was a senior author for the research.

The drugs used helped treat depression and Parkinson’s disease in humans. The serotonin and dopamine systems between crickets and humans were surprisingly similar, the team noted. And because of those similarities, the researchers felt comfortable predicting the personality changes of the crickets.

The Linkoping team discovered that -- as with humans -- serotonin levels made crickets less active and less aggressive. Dopamine levels, however, didn’t change their behaviors.

The researchers hope their insights can add to our human understanding of what makes up a personality -- both in humans and animals. However, the research could be used on a much larger scale to see how human waste affects animals. Pharmaceutical pollution represents a growing problem, as the drugs compound over time and have more concentrated effects on local biodiversity.