Scientists have discovered that CRISPR/Cas9 gene editing causes greater genetic damage in cells than what was previously assumed.

When CRISPR Gene Editing was born, it was referred to as a revolutionary technique of gene editing that in the future would be the cause of disease eradication. This innovation in modern science was claimed to be a breakthrough of immense proportions, so much so that it was also being considered as a Nobel Prize candidate.

However, according to a study done by some researchers, it might not be as precise or accurate as previously believed. Furthermore, it might have some potentially perilous and clandestine side effects as opposed to the prior beliefs of experts on this cutting-edge genetic editing technology.

It has been revealed in a recent study that the technique of CRISPR/Cas9 caused frequent and extensive gene mutations as reported by the study team. This lab experiment used human cells and mouse cells to conduct the study.

The research was conducted at the Wellcome Sanger Institute in England. Allan Bradley, one of the team members of the research said: "This is the first systematic assessment of unexpected events resulting from CRISPR/Cas9 editing." Bradley, who also co-authored this study that was later published in the journal Nature Biotechnology, went on to say that the research further demonstrated that "changes in the DNA have been seriously underestimated before now."

Although these mutations have not demonstrated any signs of being benign or harmful, according to a statement made by Bradley that was issued by the institute, "It is important that anyone thinking of using this technology for gene therapy proceeds with caution and looks very carefully to check for harmful effects."

Bradley and his team did a full systematic study of both human cells and mouse cells through which they discovered that CRISPR/Cas9 was frequently causing substantial mutations in addition to significant genetic rearrangements like insertions and DNA deletions in the cells. As a result of this interference, there could be a significant switch on or off to important genes in the cells.

Not just this but these mutations could also implicate further unexpected dangers and damage to the DNA. Bradley even went on to urge “anyone thinking of using this technology for gene therapy” to proceed with great caution, and to look very carefully “to check for possible harmful effects.” 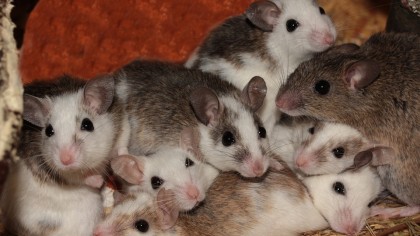 CRISPR-Cas9 came with a lot of promise, given that it is the latest tool in the world of genome editing. It has the ability to alter several sections of the DNA present in cells by introducing different changes at the location and cutting at specific points.

This technology is already being widely used by researchers and is being considered a promising start to create prospective genome editing treatments for several diseases such as cancer, HIV, or sickle cell disease.

According to experts, this innovation could potentially inactivate a gene that could cause disease or even correct any kind of genetic mutation. However, a lot more research is required to ensure that all these techniques are safe, owing to the implications of the recent study that suggested CRISPR’s potential dangers and side effects.

What We Know About Florona: the New COVID-19 and Influenza Compound Infection