CRISPR May Help Make the Groundcherry Fruit as Common as Strawberries

The innovative gene editing method known as CRISPR is offering the possibility to mass produce the groundcherry fruit.

In the 21st century with its vibrant and highly dynamic global economy, it's hard for most of us to imagine the impossibility, or even difficulty, with gaining access to virtually every type of agricultural product being developed. And with a dramatic rise in vertical farming innovations as well as robotic solutions for ridding farms of weeds, sustainability and higher yield are becoming more achievable realities.

Given these compelling trends, it is surprising that some produce still remains relatively difficult for everyone to get their hands on. One example is the groundcherry, a small and succulent fruit which is in the same family as the tomato. Beyond a few green thumbs who know about them or local farmers who cultivate them, they have yet to be grown and harvested on the mass market. A team led by Professor Zachary Lippman from the Cold Spring Harbor Laboratory (CSHL) are out to change this by producing groundcherries with a larger size and higher yield.

The team utilized Clustered Regularly Interspaced Short Palindromic Repeats (CRISPR), a genome-editing tool that could bring the sweet and fleshy fruit to the masses. As a result of this process, the team was able to achieve their goal of "mutat[ing] orthologues of tomato domestication and improvement genes that control plant architecture, flower production and fruit size".

They conducted their research based on their hunch that, owing to its similarity to tomatoes, that their planned changes to the genetic code would produce the desired results. "We knew of some clear targets to improve the plant's architecture, fruit production, and fruit size," Lippman says.

The broader implications of gene editing and CRISPR

On the impact of the team's work, Lippman optimistically stated, "This is pretty good proof that with gene editing you can think about bringing other wild plants or orphan crops into agricultural production," adding, "The more arrows we have in our quiver to address agricultural needs in the future, the better off we're going to be." 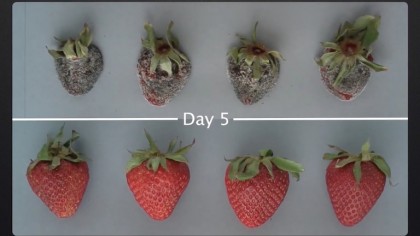 Although Lippman's team are using their work in the realm of agriculture, CRISPR pioneer and visionary Feng Zhang said of its potentially game-changing application in medicine, "One of the things that we really want to do, and I'm really passionate about, is trying to develop ways to be able to treat neurological diseases," adding, "It turns out that to correct the DNA in brain cells is fairly challenging," Zhang says. "And so some of the recent work that we have been doing has been shifting away from DNA and moving into the RNA space."

It seems safe to say that the uses for the revolutionary method of editing genes will evolve almost quickly as the technique itself, opening new possibilities across broad areas of science.

Details about the team's research appear in a paper, titled "Rapid improvement of domestication traits in an orphan crop by genome editing", which was published October 1st in the Nature Plants journal.