An artist from Russia by the name of Vtol can literally shoot photos as he has designed what he calls the gbg-8, a cross between a handheld console the Gameboy and a gun. 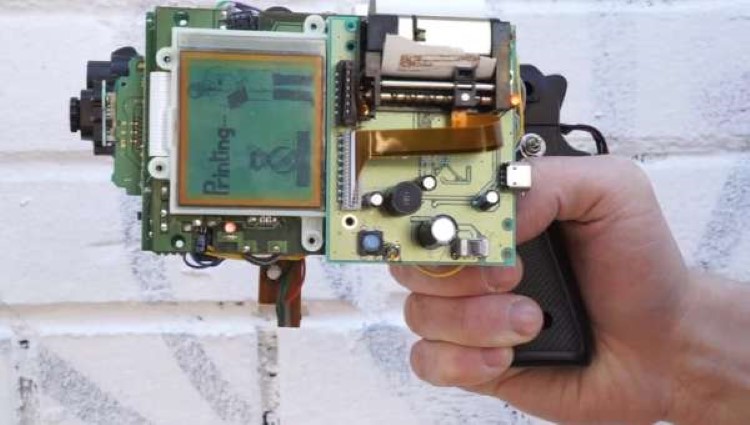 When he wants to take a photo he simply pulls the trigger and shoots. The camera is mounted inside the barrel of the gun and after shooting the photo Vtol can see the image he has captured on the display, which is the screen from a Gameboy, mounted onto the side of the gadget. In just a matter of seconds a thermal printer prints out the photo on to heat sensitive paper.

The gbg-8 is a weird and wonderful gadget and of course there are camera out there that are capable of taking a much better photos and printers that print better. However none of them are as fun to use as the Gameboy gun camera. Vtol built the gun camera from a Gameboy, an old camera he had lying around, an Arduino board and a thermal printer. In short the gbg-8 is an unusual take on the Polaroid cameras that were so popular many years ago.