A piece of artwork has been sold on Wednesday for $1 million to ten collectors, selected out of 150 potential buyers.

A piece of artwork has been sold on Wednesday for $1 million to ten collectors, selected out of 150 potential buyers, in an ethereum-based platform that facilitates the tokenization of gifts.

“I believe blockchain technology has a huge potential to transform the entire charitable world, bringing transparency and accountability to projects worldwide.”

“I believe blockchain technology has a huge potential to transform the entire charitable world, bringing transparency and accountability to projects worldwide,” Mori Wang, one of the ten collectors and Founder of Project Caring Chain, said.

Some of the proceeds from Forever Rose will go to CoderDojo, where young kids can learn computer programming for fully free.

Crypto-art is a new market. You can not touch the artwork or hang it in your home. But collectors can choose to hold their rose token, sell it or give it to someone for a special occasion.

It's an abstract concept which is designed to get people thinking about how blockchain technology can be applied to the art world.

“Technology is rapidly changing the world we live in. We have a duty to ensure that the next generation can not only seize the opportunities presented by this, but also influence and shape its future.

Thousands of volunteers around the world are working to ensure this by creating opportunities for young people to code and create through the global CoderDojo movement.” Mizzoni said.

Forever Rose is an ERC20 token called ROSE on the Ethereum blockchain. It is based on Kevin Abosch’s photograph of a rose.

The smart contract address of the Rose is already live on ethereum’s public blockchain. Each of the buyers receives 1/10 of the ROSE token, as the ERC20 tokens are divisible.

The buyers can then choose to hold their portion, sell it, or give it as a special gift on a special occasion. 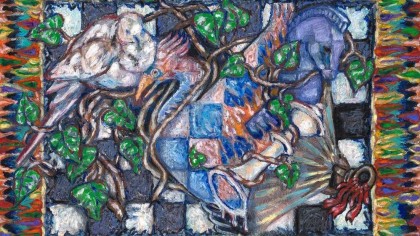 This Bitcoin Puzzle Worth $50,000 Is Finally Solved After Three Years

“I’m delighted that the crypto world has come together around The Forever Rose to further demonstrate the elegant power of the blockchain as a technology, but more importantly, as an instrument through which goodwill and humanity can be amplified,” Kevin Abosch, the artist, said.

“People traditionally have valued things they can see and feel. But some of the most valuable things -- like love, for example -- can be felt but not seen," Abosch told CNN. "Art reduced to its core essence is about the idea."

The concept of tokenized goods is increasingly growing as a widespread use of the ethereum blockchain. Projects like Cryptokitties bring them to the mainstream.

Anything like art-works, licenses and real estate can be turned into an ethereum- based record, which allows for easy transfer of ownership. It also makes it possible to buy a division of something. Forever Rose is the most expensive such token until now.

Gmail Is Down for Millions Across the World