Popular ICO influencer Ian Balina lost $2 million in cryptocurrency during a livestream event for his followers.

One YouTube investor and influencer learned the hard way that sharing too much information with 'fans' can cost you. Notable cryptocurrency influencer Ian Balina abruptly ended a livestreamed ICO review after he realized he was being hack during the livestream.

"I have to get going," he said, as he realized he had to sign back into his Google spreadsheet.

In total, Balina lost $2 million in cryptocurrency from his Etherscan wallets. He took to Twitter to express his frustration, asking his "Crypto Family" to help him track down the hacker or hackers responsible.

Crypto Family, I need you now more than ever. I ended today's live stream b/c I am being hacked. I'm not worried about the money. I learned my lesson. I only care about catching the hacker. Please email any information to ibalina88@gmail.com. Thank you all the support. $ETH $BTC

The very public livestream incident has many wondering who is at fault. Balina admitted to several vulnerabilities that made hacking his account easy. He said his main email account was backed up by an old email account he had in college. However, that account had long been abandoned. Thus, if Balina ever needed to reset his password, he wouldn't really be able to as he could no longer access the college account. 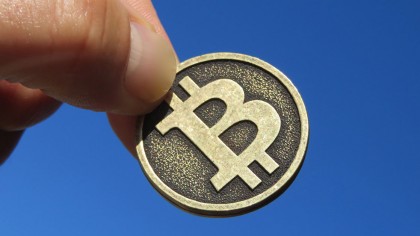 Hackers found the account and then accessed it. They reset the password, something Balina quickly noticed when he was forced to sign into his Google sheets account. After the reset the password, hackers then gained a second major point of access. Balina also stored his personal and public keys for his crypto accounts on the cloud storage app Evernote. After the hackers got access into the main email account, they could then reset the Evernote password.

The hackers ultimately gained access to Balina's millions in cryptocurrency. Some Twitter followers have pointed out that Balina posting his portfolio snapshot could have prompted the hack.

Balina noted, however, that he'd received information about his college email account being a potential target for hackers.

"I remember getting an email about it being compromised and tried to follow up with my college security to get it resolved, but wasn’t able to get it handled in a fast manner and gave up on it thinking it was just an old email," Balina said. "I kept text versions of my private keys stored in my Evernote, as encrypted text files with passwords. I think they hacked my email using my college email, and then hacked my Evernote."

In total, the transactions posted by Balina show that nearly all of his tokens were taken away during the livestream. This included 20 million Nucleus Vision, 1 million Loom and 2 million Pareto Network investments.