Hackers are making millions off of Initial Coin Offerings according to a new Ernest & Young report.

The cryptocurrency market has not had the best 2018. Though it is still early, the market has not fared well, performing in the complete opposite of last year's bearish climb. The seemingly unstoppable 2017 Bitcoin has been hit hard in the first few weeks of the new year. While the cryptocurrency had almost approached a value of $20,000 toward the end of last year, it has dropped to a little under $11,000, falling 12% in just the last 24 hours.

The bloodbath does not end there. Other popular cryptos like Ethereum and Ripple have shared in the effects of the bullish drop. The trigger for the bubble bursting can be attributed to many different things, including new regulations as well as a wide range of recent discoveries of fraudulent activity.

In a recently published report, it was discovered that millions of dollars are being stolen during ICOs or initial coin offerings.

Making Millions off of ICOs

The recent Ernest & Young investigation points to another growing issue in the cryptocurrency market, security. Hacks have been rampant and are nothing new in the market, but this report highlights how hackers are stealing millions during ICOs. 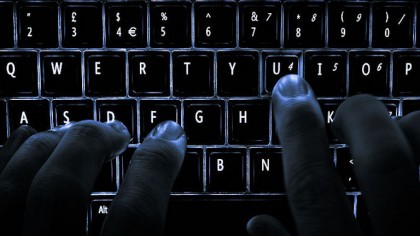 Similar to an IPO, an ICO is when a new digital currency is offered at a discount as a means to raise money for a company. Investors, as well as the company, can make millions during an ICO and potentially raise billions in capital.

The Ernest & Young report studied and collected data on 372 initial coin offering that took place between 2015 and 2017. In their research, they discovered that well over 10 percent of the earnings were stolen by hackers, totaling on average $1.5 million a month. Even more frightening, these hackers are making away with personal information including addresses, phone numbers, bank details, and credit card numbers.

The Ernest & Young report reaffirms a growing wariness towards the cryptocurrency market. Though the currencies boasted more transparency, in light of most recent events, that does not seem to be the case. The growing disdain for cryptocurrencies has cause countries to ban them, while some securities exchanges have moved to heavily regulate the currencies.

The cryptocurrency market is still young and has a lot of room to grow. Hopefully with this growth comes more transparency and proper regulation from founders as well as investors. Putting these things in place will allow the market to flourish and no longer operate as a sketchy bubble.

Scammers Stole a Whopping $14 Billion in Cryptocurrency in 2021