Miners purchased over 3 million add-in board (AIB) graphics cards worth approximately $776 million in 2017, according to a report by Jon Peddie Research (JPR).

AMD benefitted from most of these sales. These figures had a major impact on the market as a whole. It led to a shortage of add-in cards throughout the year along and customers also had to deal with inflated prices.

"Gaming has been and will continue to be the primary driver for GPU sales, augmented by the demand from cryptocurrency miners," said Dr. Jon Peddie, President of Jon Peddie Research.

"We expect demand to slacken from the miners as margins drop in response to increasing utilities costs and supply and demand forces that drive up AIB prices."

Demand from miners will drop

The demand from miners will lessen as margins drop in line with increasing utilities costs and supply and demand forces that push up AIB prices, according to the report.

This statement may show that many miners already have what they need and will probably not purchase newer cards with higher prices in 2018.

Demand may also drop based on rumors that Nvidia and AMD may put on the market dedicated cryptocurrency mining cards in 2018. Graphics add-in card prices will not drop soon despite the drop in demand, according to Jon Peddie Research.

The company suggests PC gamers should start mining digital coins to offset the cost. “GPUs are traditionally a leading indicator of the market, since a GPU goes into every non-server system before it is shipped, and most of the PC vendors are guiding cautiously for Q4’14,” the report states. “The Gaming PC segment, where higher-end GPUs are used, was a bright spot in the market in the quarter.”

Gamers most important market for Nvidia and AMD

This means that AMD and Nvidia have enough incentive to find a way to get more graphics cards into the Marketplace and particularly in the hands of gamers.

At the moment cryptocurrency miners might form an attractive audience. But in the long run, gamers will be the most important market for these companies for graphics cards.

Nvidia is forecast to reveal mining cards named “Turing” during its annual developer conference this year in March. The name is derived from Alan Turing, an English computer scientist, theoretical biologist, mathematician, and cryptanalyst. 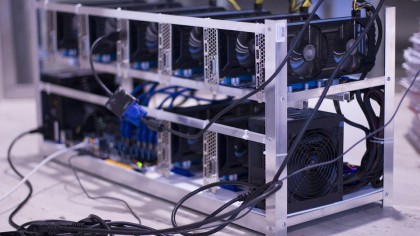 Peddie says in the short-term, prices may stay high. "Gamers can offset those costs by mining when not gaming, but prices will not drop in the near future." In the final quarter of 2017 GPU shipments actually decreased 1.5 percent as compared to the previous quarter.

JPR explains that as normal seasonal activity. Shipments declined 4.8 percent in 2017 as a whole. AMD recorded the largest gains in market share, increasing it by 8.1 percent. Nvidia’s market share in GPU dropped by 6 percent.