Cubetto: A Programmable Wooden Robot That Teaches Kids to Code

Cubetto is a friendly programmable wooden robot toy that will teach your child the basics of computer programming through adventure and hands-on play. The Montessori-approved game inspired by LOGO Turtle was designed for children as young as 3-years-old. 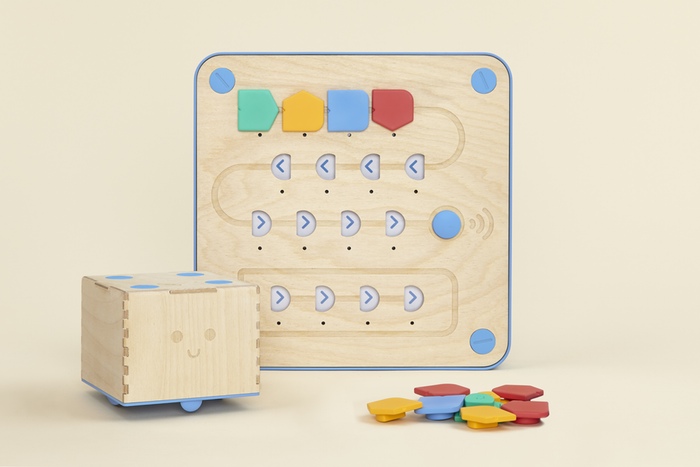 The kit includes a cube-shaped wooden robot on wheels which is made of tactile and hard-wearing wood. The kit also includes a wooden game board and blocks that fit onto the board. 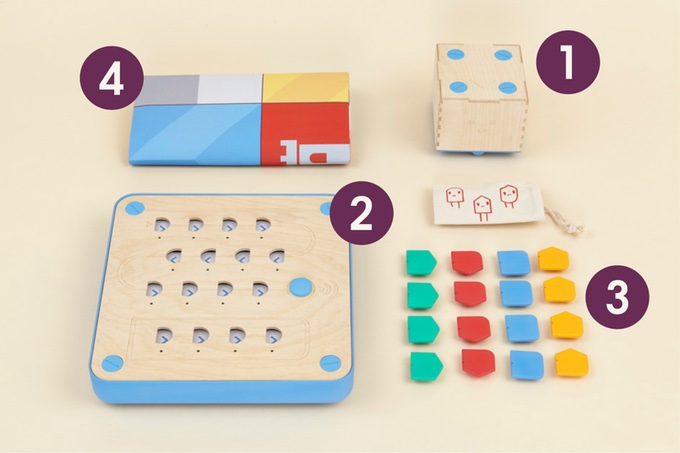 It also comes with a mat, for the robot to be rolled around on, and an educational storybook. The mat, doubling as a world map, and the storybook will take your child on a wonderful coding adventure. 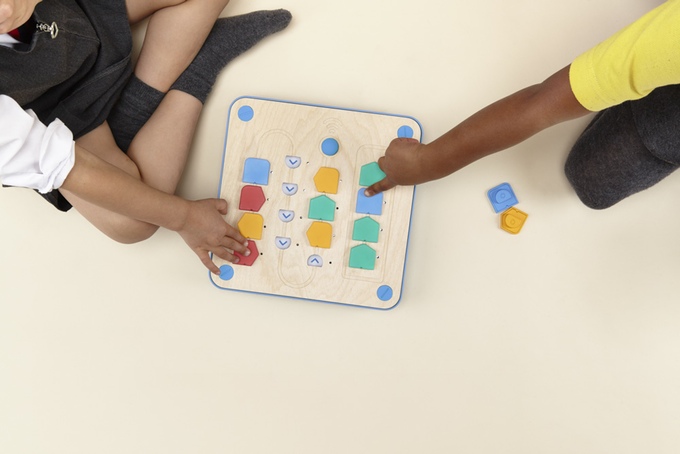 Cubetto is your child’s guide into the world of coding. The kit contains blocks which each represent a simple command or action. These commands are similar to what you would find in a simple programming language. However, this coding language is one which your child can touch and manipulate like LEGO.

The commands are combined to create a program. The commands include: forward, right, left and function. The blocks are placed on the board to tell Cubetto where to go. The blue button is then hit when you are ready for Cubetto to execute your program. 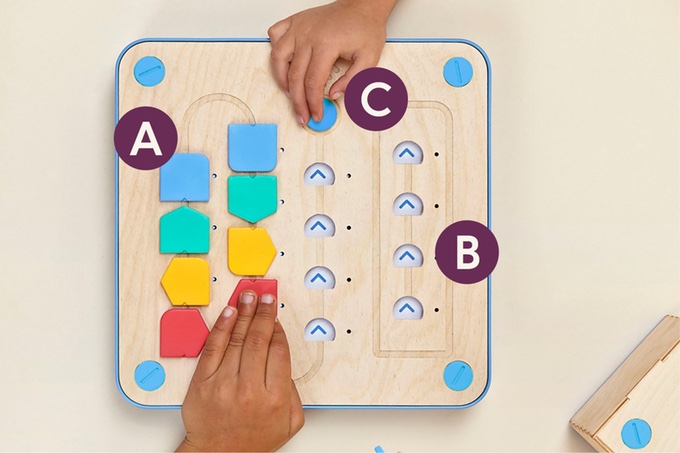 By playing with Cubetto, children will learn important coding ideas and be able to write and execute programs with regards to those essential coding concepts.

In coding language, algorithms are a set of specific instructions. Cubetto's blocks are a tangible representation of particular instructions. Once a group of blocks has been arranged or compiled, children will have a physical set of algorithm they can touch.

Programming instructions are executed through following precise orders. A programmed sequence of instructions, or a queue, is represented by the Cubetto board's wavy line.

Once the blocks have been compiled or arranged on the Board, it will be immediately executed by the wooden robot. In the case that the robot didn't end up where he was programmed to be, the player could easily fix the block arrangement and "debug" the program.

A subroutine can be created by "packing" a sequence within the function line then align it in the queue with a blue block when it's needed. This allows long sequences to be shorter and therefore, more efficient.

These essential coding concepts are all incorporated within Cubetto and kids can learn them as they play with the kit.

In 2013, Primo Toys launched a Kickstarter campaign for the original Cubetto. The original version was a DIY kit. It was intended to teach older kids the basics of hardware and coding.

According to Flippo Yacob, the CEO of Primo Toys, development of the new edition began in 2015. A second campaign was launched in March 2016 for the new Cubetto. Yacob claims that this campaign shattered EdTech category records on Kickstarter.

Cubetto was designed to be accessible to children who don't have smartphones or tablets to play with. Therefore, it doesn't require the use of an app. 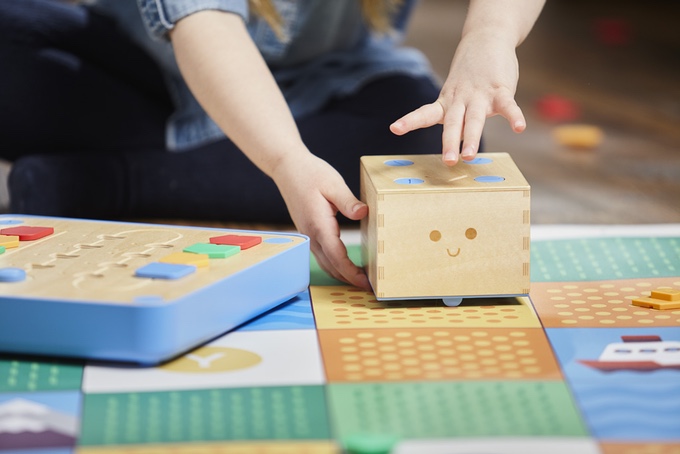 There are six Cubetto adventure packs kids can immerse themselves in. Each of the six packs contains a world map and a storybook. From a "Swarmy Swamp" to a "Polar Expedition", even adults will have a great time coding and go exploring. There are also oceanic, space, city, and Egyptian themed packs so there are multiple worlds kids can practice their coding skills in.

Furthermore, users can also create their own Cubetto world and program the robot's moves accordingly. Parents can design unique mazes and paths to challenge a child's coding abilities.

How does Cubetto help in child development?

The coding concept of Cubetto allows children to think and play within the world they create. It lets them practice their problem-solving skills and express themselves freely using their own unique ideas. Cubetto can be played individually or with multiple players, which promotes social interactions as well as teach the players how to negotiate and problem-solve by engaging in a meaningful and tangible activity.

Since Cubetto works in a trial and error basis when a set of programmed blocks is executed by the robot, it will be immediately obvious if there are mistakes. Children will learn how to quickly spot or realize mistakes through this way.

Cubetto has been used in schools across 96 countries as a fun way of introducing computer programming to children. The toy kit comes with over 120 curriculum-mapped lesson plans, ideal for education programs anywhere in the world. From typical school coding sessions to coding clubs to STEM programs, Cubetto is surely an effective tool in promoting computer programming.

Primo Toys is currently selling its Cubetto to families across the globe. The company hopes to begin demonstrating and selling the programmable robot to institutes around the world. According to Yacob, Primo Toys will target early learning centers, pre-schools and school districts.

Cubetto has won a handful of awards including the Gold Cannes Lions, Red-Dot Design Awards, and has been exhibited in MoMA. This innovative coding and playing concept is a "little piece of design history". It's the ultimate way of encouraging kids to be problem solvers and logical thinkers while playing and having fun.

The programmable robot is currently retailing at a starting price of $225. However, Primo Toys' recommended pack is the Cubetto Complete at $275.