These Amazing Photos Demonstrate All the Metal Extracted from Mines Many of us see mines and mining operations on a somewhat frequent basis. Nearly all of us come into contact with some form of precious metal in the world around us every day. Whether it be the platinum in our cars or the gold in our rings, these metals have all taken a long journey to get where they are today. 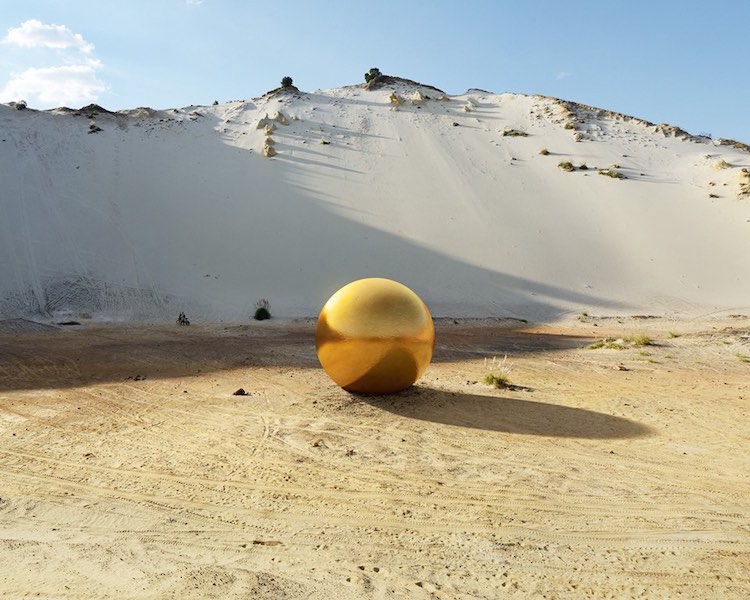 While we can find plenty of resources about how gold and other metals are extracted, it can often be hard to grasp the magnitude of certain mining operations. We may hear something like 1 million metric tons of metal from one mine, which may sound like a lot, but this number means nearly nothing to you if you can't grasp the visual amount that is.

One artist wanted to put the end product of many mines in perspective the mine as a whole, and in doing so he has created some of the most mesmerizing imagery we've ever seen.

The project is called For What It's Worth, by Dillon Marsh, a South African photographer. He wanted to quantify the results of mines in a visually striking means.

Part of his inspiration behind the project was the whirlwind of economic boom and eventual loss that mining can bring to a town. "It's an industry that has shaped the history and economy of the country so radically," Marsh says. Mining operations often bring thousands of workers into previously quiet places and kick start economies all focused on this one industry. When mines dry up or are deemed unprofitable, these mining towns are then often left to erode back to the ground.

To create all of the images seen below, Dillon captured photographs from the original mines. He then gathered all of the necessary data about the amount of metal collected and developed CGI images of the masses of metals in real proportion. After inserting the CGI models into the images and rendering, we are left with mesmerizingly real insights into the magnitude or often the surprisingly small output of certain mines.

When we see massive mining operations, we often don't realize just how little of the rock being extracted can be turned into usable metals.

All of the following images were captured from South African mines local to the area where Dillon lives. They encompass mostly copper, with the last photo demonstrating platinum. 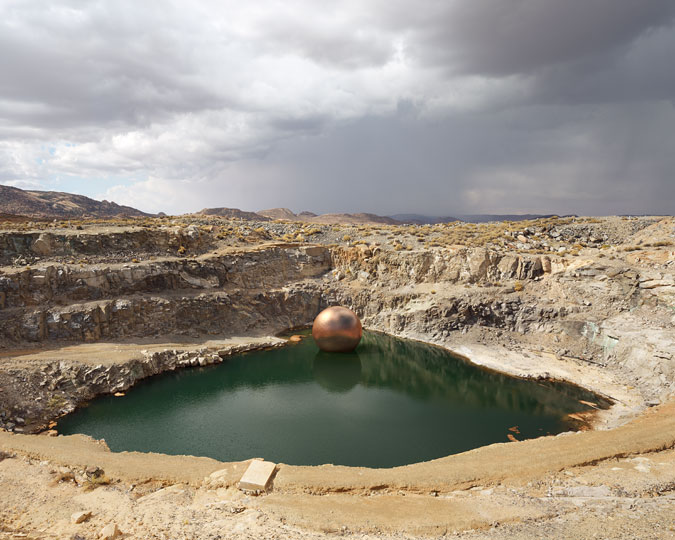 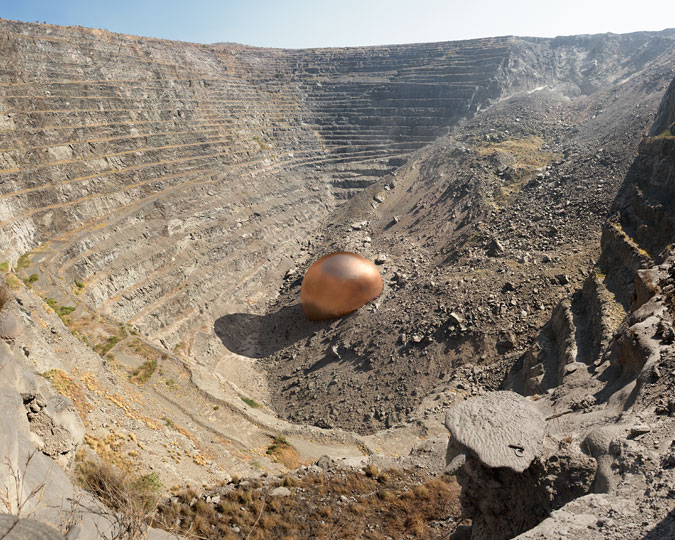 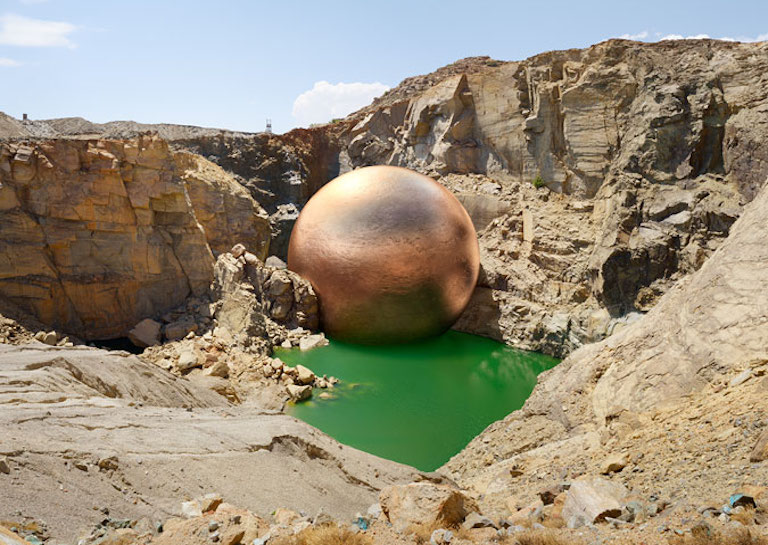 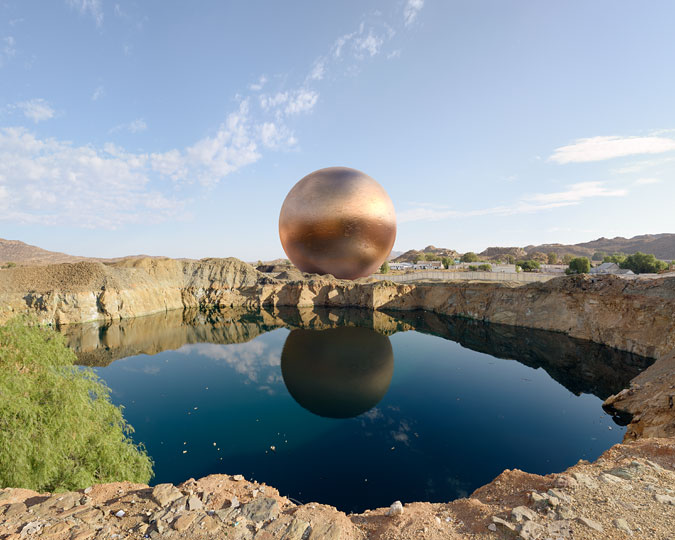 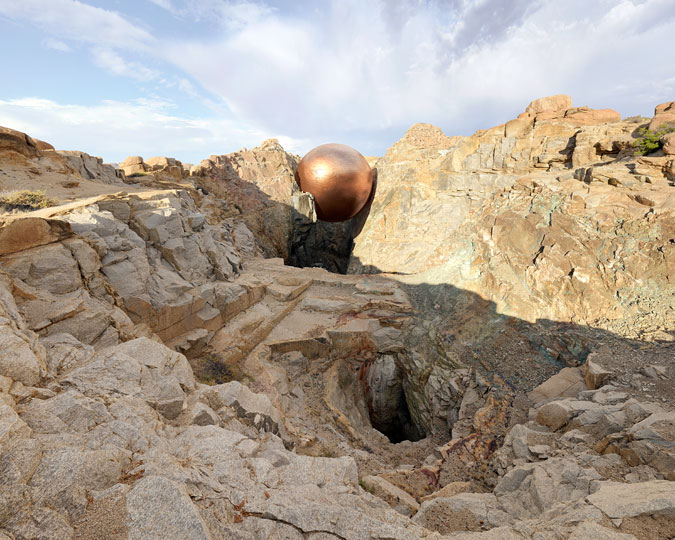 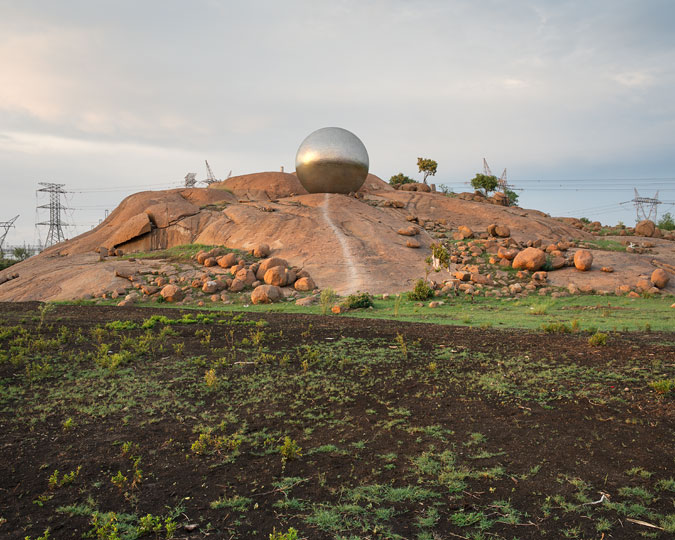 SEE ALSO: The Biggest Coal Company in the World Is Shutting Down 37 Mines