In the U.S. and Mexico, the news at times becomes saturated with images and stories about drug cartels and related violence, and the desperate and dangerous passage—through a number of “creative” channels—that people undertake in the name of taking part in drug trafficking.

However, the recent arrest of a US man caught trying to smuggle drugs—specifically, 13 pounds of crystal methamphetamine—from Mexico along the border using a drone raises new security concerns, as well as many questions from baffled news media outlets and U.S. Customs and Border Protection agents.

This is a case, unfortunately, of technology and organized crime coming together. We have written before about the unique security challenges that drones have been presenting in many countries, as they are relatively small, and while traveling, are largely undetectable. 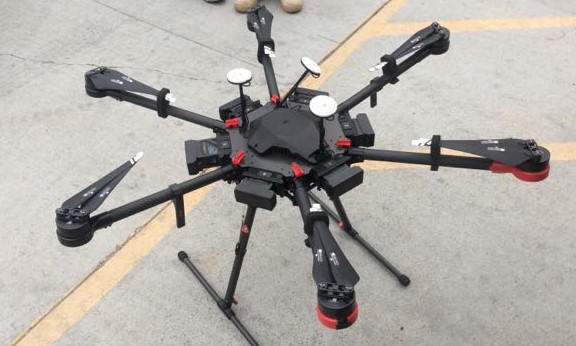 The Agency in the last months has been requesting bids for and prototypes of sections of a wall that has been under discussion for construction since the start of  U.S. President Donald Trump’s term in office in January of this year.

The man arrested, Jorge Edwin Rivera, himself is a U.S. citizen. When questioned, while not revealing how he was able to pull off the transport, Rivera openly admitted that similar runs had been done several times before by him with a drone. What’s more, this is not the first case of drones being employed for the purposes of drug smuggling along the U.S.-Mexico border.

The wall currently under discussion along the U.S.-Mexico border presents certain limitations: some of them related to infrastructure, while others are simply related to the various types of terrain existing in the large states of California, New Mexico, Arizona and Texas.

This becomes all the more apparent when we consider the sweeping advances made in the last decade during this age of technology, which is why law enforcement agents in the U.S. and Mexico have begun fighting back with increased security measures that also incorporate the latest in technology which will help with tracking people and movement, as “aerostats and towers fill in existing gaps along the border where Border Patrol just doesn’t have the manpower,” former acting commissioner of the agency, David Aguilar, adding, “It allows them a view of what is happening on the border...and to deploy resources to respond to people crossing or drug smuggling. Regardless of the approach taken, this is a complex issue which will require a massive coordination of efforts.

SEE ALSO: This Amateur Drone Landed on the UK’s Biggest Warship and Nobody Noticed