Collen Kelton bought himself a Nissan GT-R with the intention of customising it but he didn’t think much about the colour of the car as he was going to give the car a re-spray. However, before he did his wife who is an artist decided to draw on the front bumper of the car to hide some scratches and this was just the beginning of something that transformed the whole of the car into a stunning work of art on wheels. 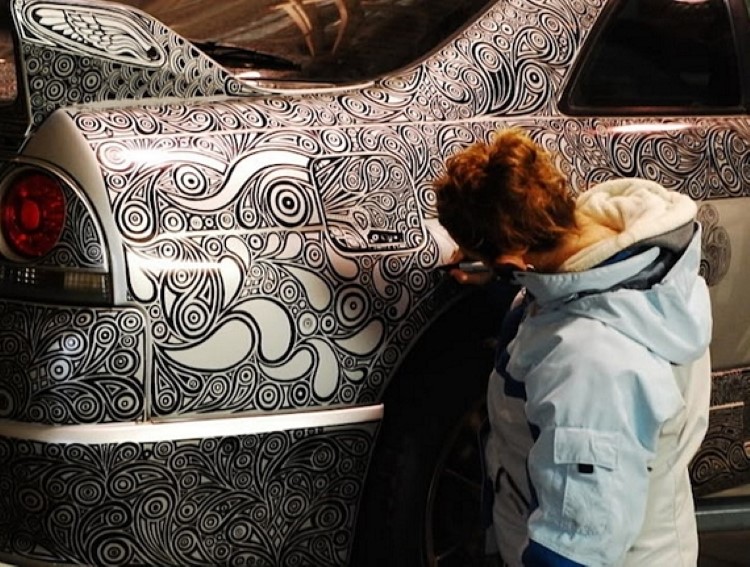 She covered the entire front bumper of the car with intricate marker artwork featuring swirls, lines and many different patterns. Collen was so pleased with the bumper of the car that he gave up on the idea of giving the car a new paint job and chose to let his wife continue on working on the car with her doodles. 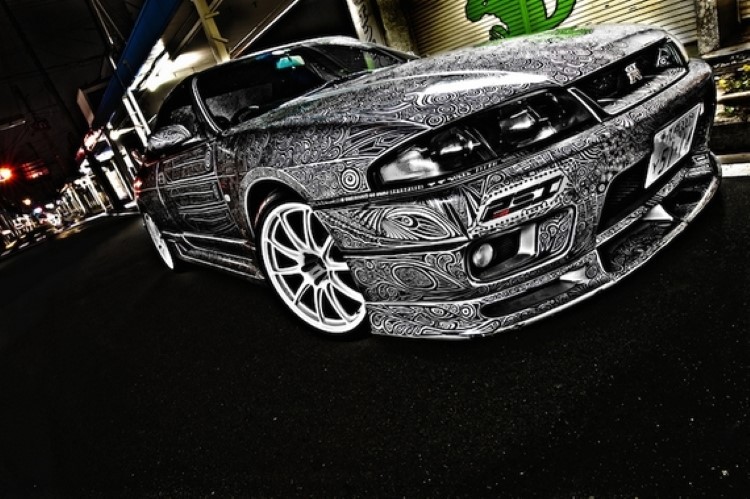 Allison worked on the car for many years and her progress was captured on a car forum when members became interested in it. The last time of the update was two years ago and at that time she had worked on the car for more than 100 hours. During this time she used sharpies on the entire exterior of the vehicle and covered it in intricate patterns. She made sure that she didn’t draw over the body lines of the car so as to ensure that the car didn’t look as though it was hidden with camouflage. 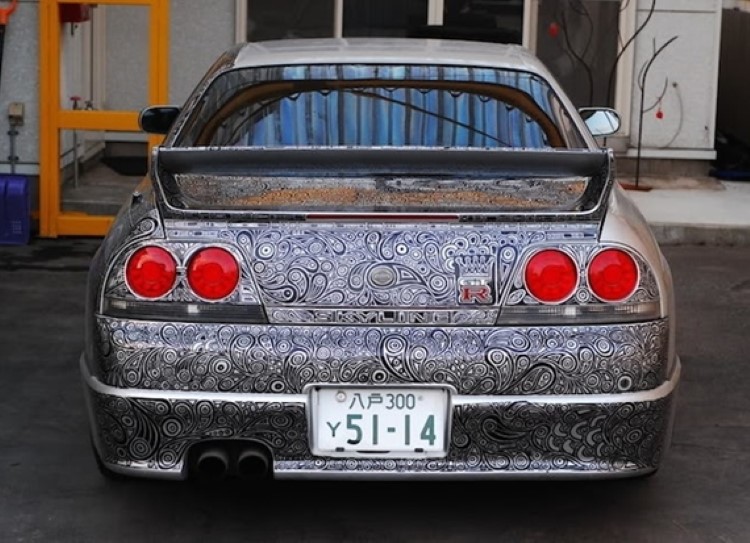 When she had completed each different section of the car, several clear coats of varnish were applied to keep the artwork from wear and tear of every day driving on the roads. What started off as a joke turned out to be a work of art and transformed the car into something unique and visually stunning. 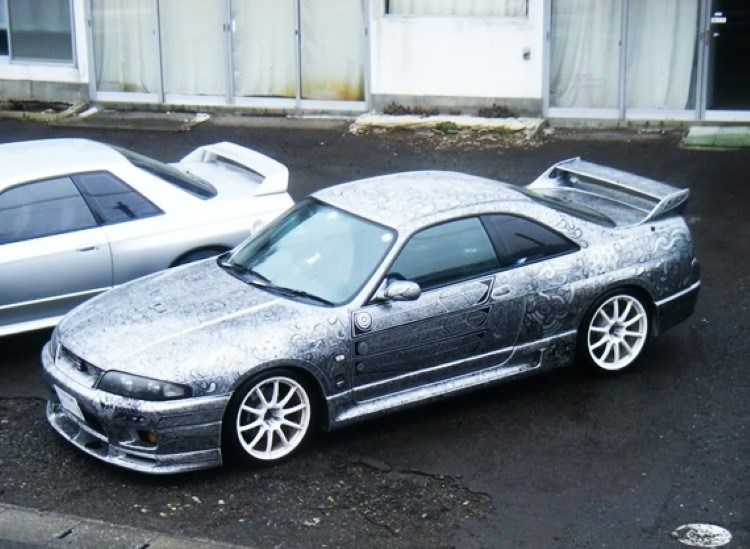 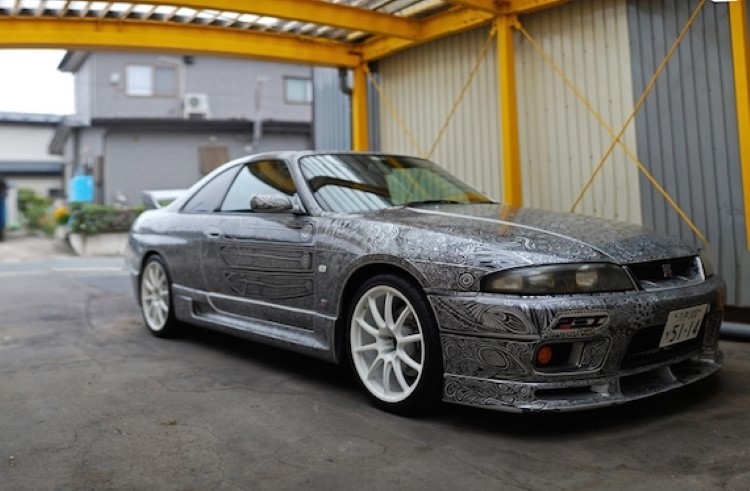