Atlanta Falcons Stadium will feature one of a kind retractable roof The Atlanta Falcons will share their new stadium with a new Major League Soccer team and work has already begun on the stadium which is boasting the latest tech with a focus on sustainability. The Atlanta Falcons stadium will also have an eight piece interlocking and retractable roof that is one of a kind. 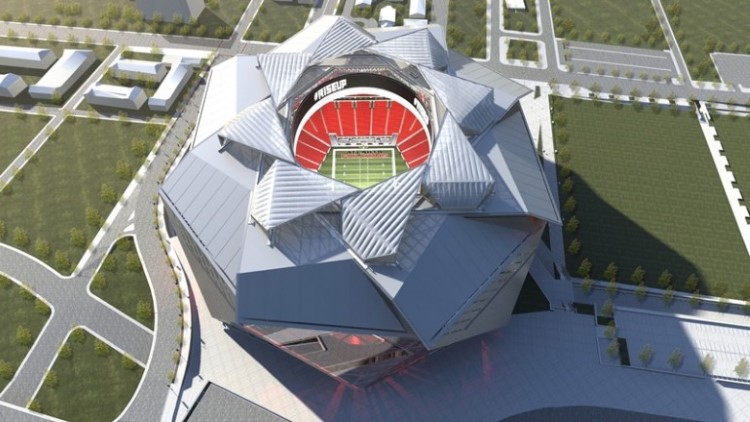 The Atlanta Stadium took inspiration from an ancient roman building. The basis for the retractable roof of the stadium is the small hole in the roof that creates a spotlight effect. The whole aim of it was to use the roof opening to frame the playing field. 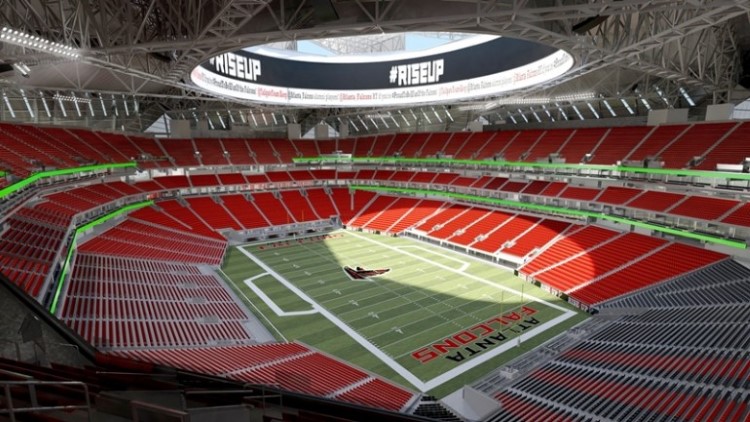 The roof isn’t like any other retractable roof on any other stadium. Other roofs typically have two sides that can slide shut together. Instead this roof tkes on a flower like appearance with petals that open up. There are eight of them and these can rotate and interlock and close in a lattice like manner. 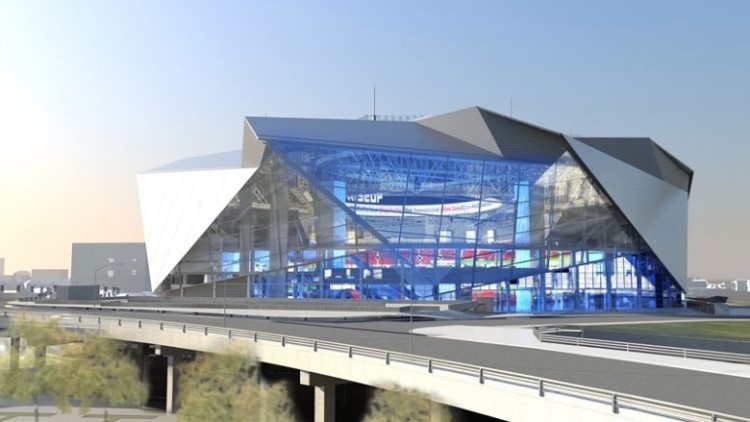 "The roof has been dubbed The Pantheon because of its unique retractable opening in the centre," explains Erleen Hatfield in a Q&A on the new stadium's website. Hatfield is a partner and director of structural engineering for Buro Happold, which is contributing to the stadium design. "The opening looks like the opening of a camera shutter, with eight moving pieces," she continues. "A series of lighter panels, rather than one big heavy panel, makes for faster open and close times and an iconic look." 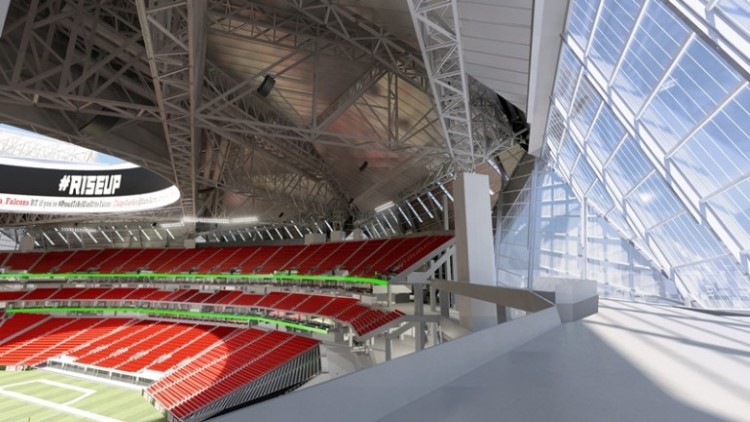 Two of the most innovative pieces of technology in the stadium are the 60 foot high, 360 degree video board and the ceiling to floor window that offers views out over Atlanta. The designers of the stadium have said that it has been planned with LEED practices when it comes to design, construction and operations. 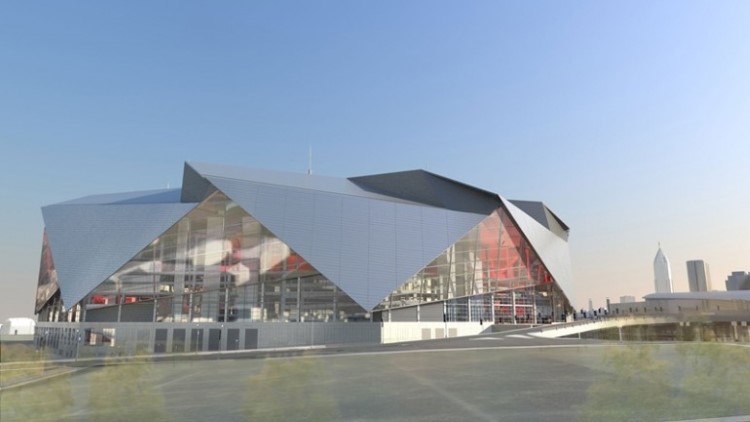 If the construction of the stadium goes to plan, it should open in time for the 2017 NFL season. 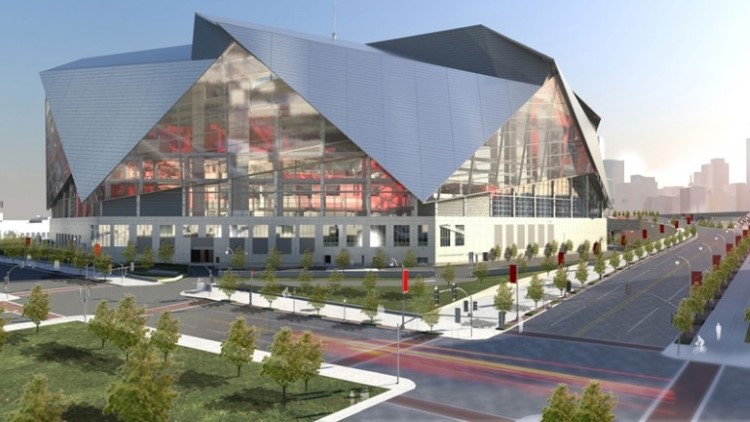