BMW have just unveiled the curtain on their new Solar Carport concept - a solar charging station for your electric car. It was showed off as part of the media launch of the BMW i8 in Los Angeles, a plug in hybrid sports car being readied for the market. 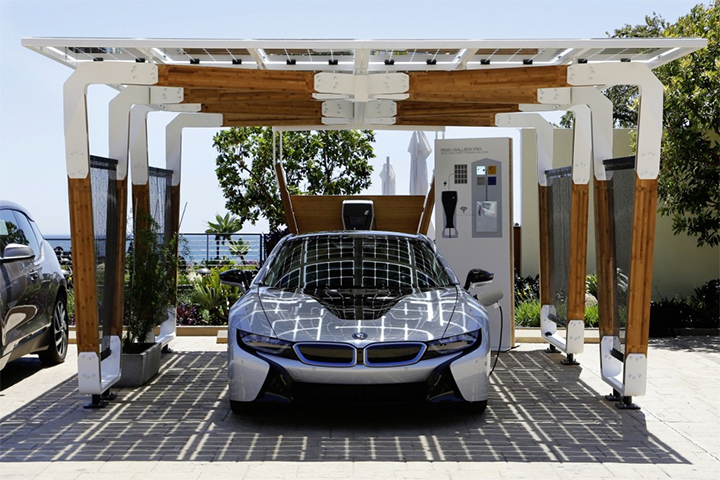 The concept is quite simple; an open style garage to park your car underneath with solar panels on the roof. With the first deliveries of the BMW i3 underway, it's clear to see that BMW is making a stance for its green credentials. This can be seen further more in the details of the Solar Carport concept which comes from the BMW Group DesignworksUSA in California. The upright supports are made from bamboo which with its quick growing nature is considered a rather sustainable resource.  The rest of the frame is composed of carbon fibre parts, sticking with the same theme as the new i3 and i8 vehicles.

Tom Allemann, of BMW Designworks USA explains, “With the solar carport concept we opted for a holistic approach: not only is the vehicle itself sustainable,” he said, “but so is its energy supply.” 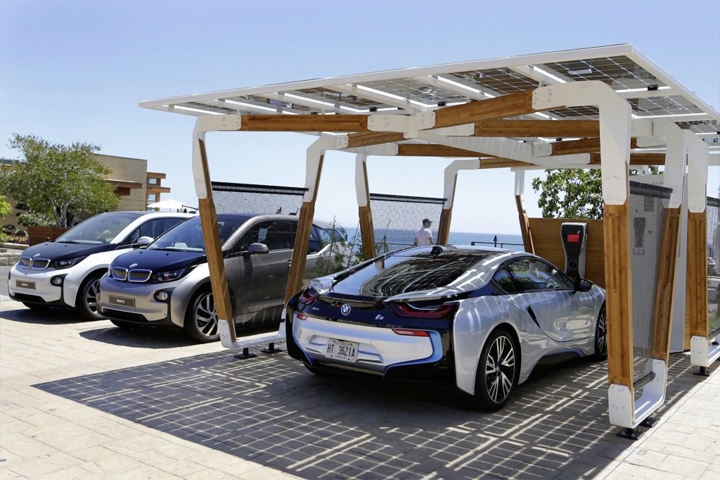 The Solar Carport is set to work alongside the BMW i Wallbox Pro that charges much quicker than the charging cable provided as standard, offering a charge to 80% in less than two hours. Not only that, any surpluss energy produced from the solar panels can be diverted to power the owner's home if the car becomes fully charged.  Although unless you live in a consistently sunny country, we expect you'll be plugging the car into your home's supply anyway.

“This is therefore an entirely new generation of carports that allows energy to be produced in a simple and transparent way,” Allemann continued. “It renders the overarching theme of lightweight design both visible and palpable.”

A fully charged high-voltage battery running the i8 plug-in hybrid sports car has a range of about 22 miles in all-electric mode, according to BMW. But then again, it is a hybrid and not designed to run on electricity alone. Unlike the Tesla Model S which offers a full electric range of 265 miles. 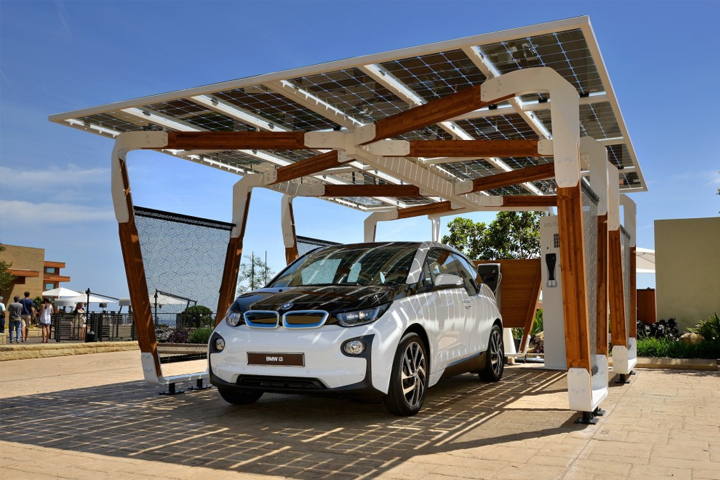 BMW's electric vehicle lineup launched in July starting with the full electric i3, worth about $41,350, with a 22 kWh lithium-ion battery for a range of 80 to 100 miles. The i8 is obviously expected to be a little more pricey at $135,925 and is expected in the fall this year. This new theme from BMW is demonstrating a focus on green, premium vehicles with modern, eco-friendly design.