Can Uber's Flying Car Plan Really Get Off the Ground? 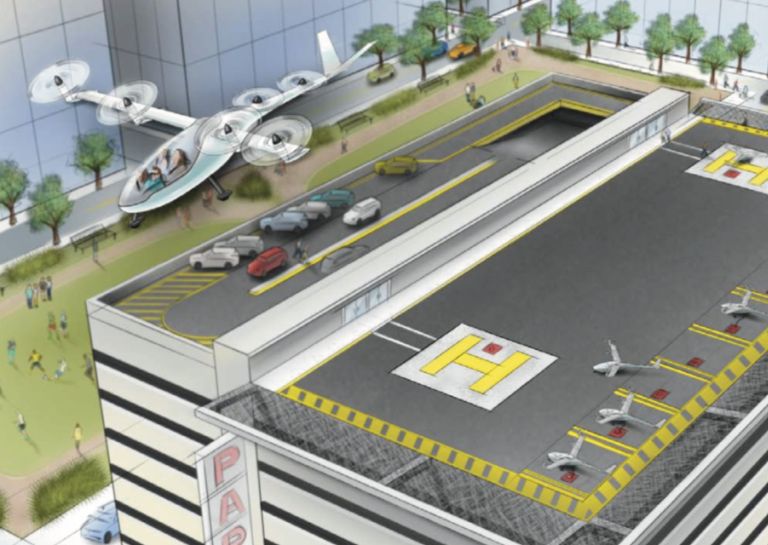 However, David Melcher, president and CEO of Aerospace Industries Association said Uber has much to address before the public can hail their flying taxis. In a recent piece for Air Transport World, Melcher said without the Next Generation Air Transport System, Uber's cars will stay grounded.

So what the NextGen plan? NextGen is a network of upgrades, tech, procedures and policies to improve flight. NextGen wants to ensure each aircraft or flying vehicle can fly safely. Melcher said going rogue simply isn't an option:

"If these airborne Uber vehicles cannot fly direct to their destinations and safely maneuver without colliding, few riders will be willing to climb aboard."

The technology aspect of the project might be easier to get sorted than the red tape mentioned by Melcher. AIA vice president for civil aviation Ali Barhrami echoed Melcher's sentiments.

“It’s great to have these ideas," he said. "It forces everyone to start thinking differently. Eventually we will get to that stage.  The reality is it won’t be as quick or optimistic as the paper seems to imply.”

NextGen is tied heavily to the Federal Aviation Administration, as NextGen will operate with drones and a majority of other flying aircraft. Melcher said the public can't have high-flying technology without the governmental backing behind it:

"So do we want new and exciting transportation options?  Do we want a future free from traffic jams and congested highways? Let’s not allow a lack of investment in aviation infrastructure to bar this new reality."

And Melcher isn't the only one hesitant about Uber's latest announcement.

“From a certification standpoint, it’s a humongous stretch,” said Richard Pat Anderson, director of the Flight Research Center at Embry-Riddle Aeronautical University, in an interview with Wired. “You’re talking about multiple novel technologies, and the last word the FAA wants to hear is ‘novel.'”

However, despite NextGen needs and other possible issues from the FAA, Uber product chief Jeff Holden remained optimistic:

“I feel like we can drive a lot of the thinking, and marshall people to put together a compelling proposal for the standard.”

Within the last several decades, the FAA has developed new rules around new aircraft technology. They approve the rules and then tweak accordingly. However, Anderson cautions not to hold your breath, especially with Uber's tight 10 year timeline.

"For them to apply all these novel topics in the space of five years is really tough to conceive of," he said.

The flying cars would become available within five years, according to the document. Uber said each plane would move at roughly 150 mph, flying 100 miles. Both Boeing and Airbus have created similar systems to prepare for commercial aviation.

Uber said the prices for these flying vehicles would run the same fare of a private ground ride of UberX.

You can check out the full plan from Uber in its 99 page glory here.