China planning a trans-Pacific high speed train to the U.S. A project currently nicknamed the “China-Russia-Canada-America” line has China looking into plans for a high speed train between Beijing and the U.S via the Bering Straight.

The line would be just over 13 000 km long! There is no current map of the route but current plans suggest that after departing Beijing, the train would travel to Siberia and once at the border of the Asian land mass it would delve underwater for a 125 km trip under the Pacific Ocean before emerging in Alaska. From there the line could split to various parts of the Americas such as Canada, Mexico and other southern regions.

With the train travelling at average speeds of 350 km/h, the trip would take a total of 2 days. Plans have yet to properly laid down and experts still remain skeptical. However, Wang Mengshu, a railway expert at the Chinese Academy of Engineering, told the the Beijing Times recently, "Right now, we're already in discussions, Russia has already been thinking about this for many years."

According to the state-run China Daily, the tunnel technology is ready for the feat and will be used to build a high-speed railway between the south-east province of Fujian and Taiwan. "The project will be funded and constructed by China," it said. "The details of this project are yet to be finalised." 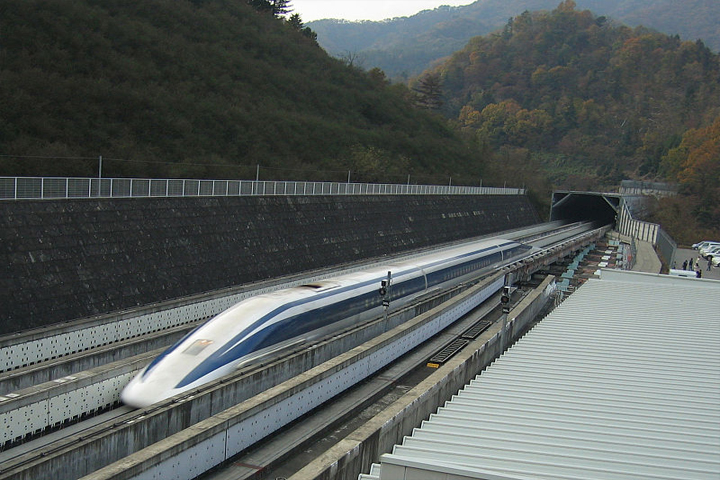 If the project is to be realised, the trans-Pacific stretch alone will be the World's largest underwater tunnel, stretching more than 4 times the Channel Tunnel between England and France. The engineering challenge alone is enormous but its succession could prove a game changer when it comes to world trade and shipping.

China seems to be putting a lot of effort into pushing its rail technology and other plans are already seeing work on implementation. One project's rail lines would extend from London to Paris, then to Berlin, Warsaw, Kiev and Moscow, where it would split into two routes, with one ending in Kazakhstan and the other in China's Manchuria region. A second project's rail lines would run from Urumqi in China to Central Asia, then to Iran and Turkey, ending in Germany. Construction has begun for both projects inside China, and the parts of both projects outside the country are still being negotiated with foreign governments.