3D printing has been used for many things but there is no better use for the technology than when put to use to help mankind, or in this case animal kind. Derby the dog was born without front paws and only small forelegs and couldn’t live a normal life. He was in a dog rescue group and then went to live in a foster home. But thanks to 3D printing technology from 3DS, a new set of leg were tailor made  and now Derby can enjoy a normal life. 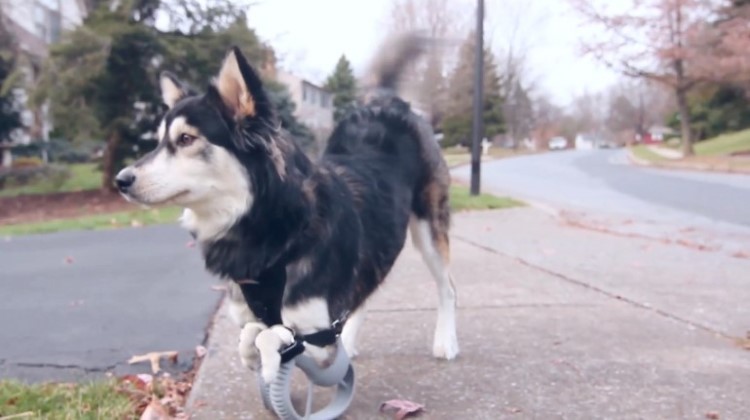 3DS first 3D scanned the forelegs of Derby and then used their digital sculpting platform to make computer models of the leg attachment cups for the prostheses that would match the appendages of Derby perfectly.

The company then used a ProJet 5500X multi-material 3D printer to print out the prosthesis, which was completed in one single build in just a few hours. Along with the cups they include rubber treads and rigid spokes, which are attached via straps.

Derby is now able to run all over the place on numerous surfaces. Before Derby got his new legs he had been using a cart with wheels and this didn’t let him run using his front legs and the motion was awkward. The 3D printed legs have given him a new lease of life and allow him to use his front legs.

There is an even better ending to the story as he has now been given a permanent home and is able to keep up with his new owners and run alongside them.