Bamboo is considered a very versatile material and Penda, the architecture and design collective based in Beijing, have come up with a concept for a bamboo tree house style eco-hotel with the name of 'One with the Birds'. 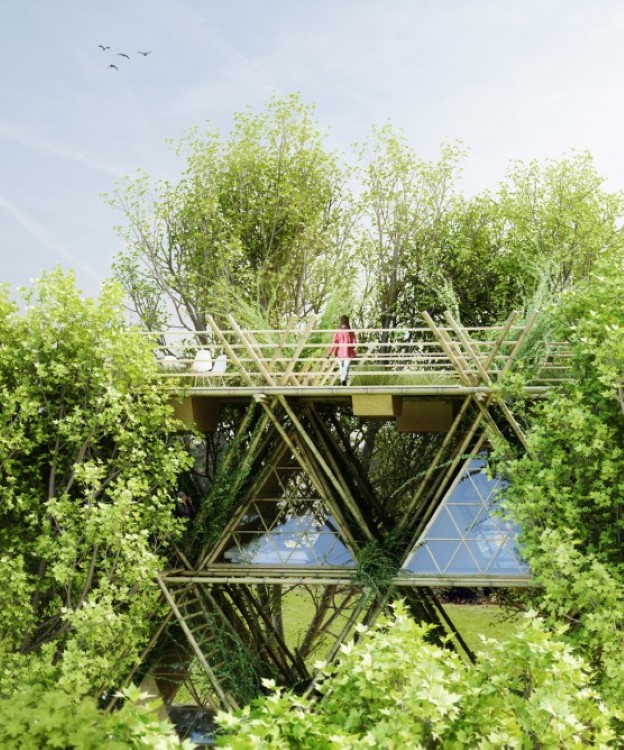 The bamboo tree house eco-hotel from Penda was originally designed for the AIM Legend of Tent competition. The competition does away with the usual trend of big building projects in China and instead moves towards a low impact eco-hotel with the aim of encouraging visitors to go back to nature. 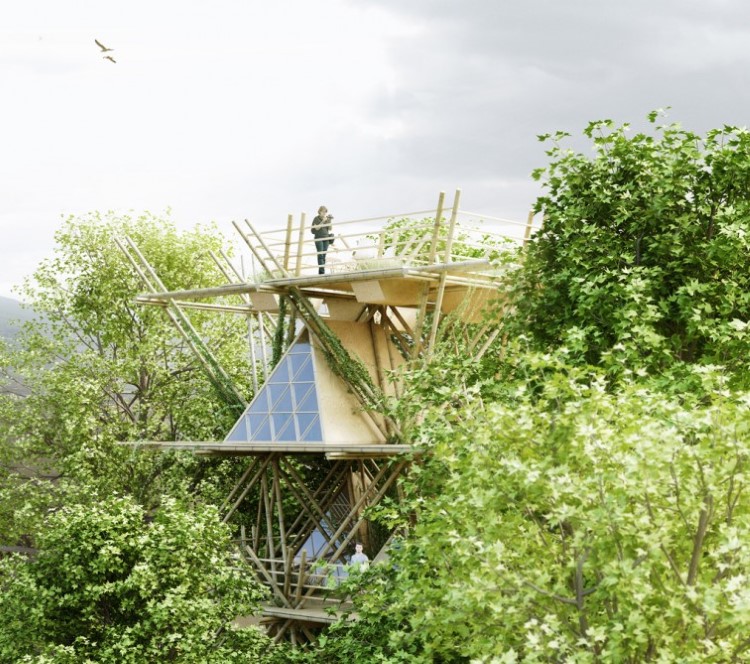 The inspiration for the tree house came from the Tipi of Native Americans. The structure is very adaptable and can be re-used and doesn’t leave any permanent damage if it has to be moved. The design brief of Penda says that at the end of the life span of the hotel, the hotel can be dismantled and the bamboo used in the construction could then be used again, perhaps for another hotel. 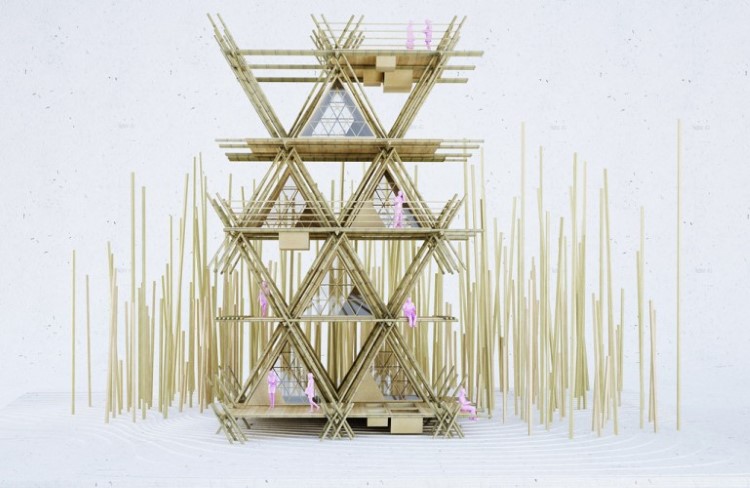 The bamboo Tree house concept shows the eco-hotel being constructed in grids that are interconnecting and which have measurements of 4.7 x 4m. These grids are made from bamboo, which are tied together using rope. The designers of the concept say that no nails or screws would be used in the construction and the grids could be expanded both vertically and horizontally. Also the framework used would be able to hold multiple modules. 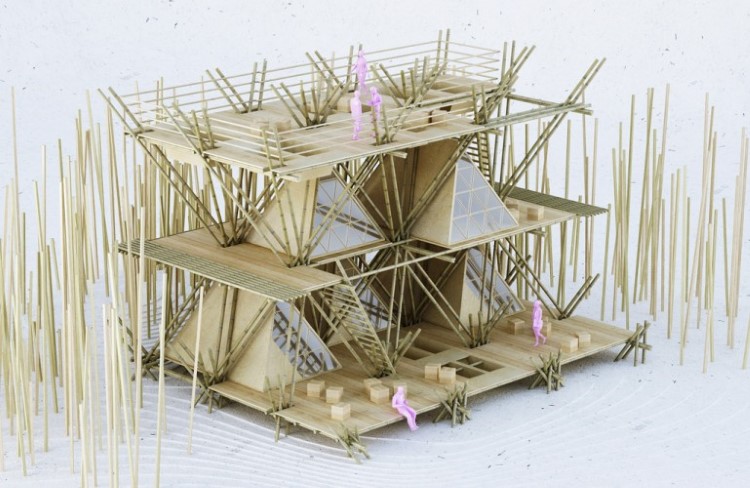 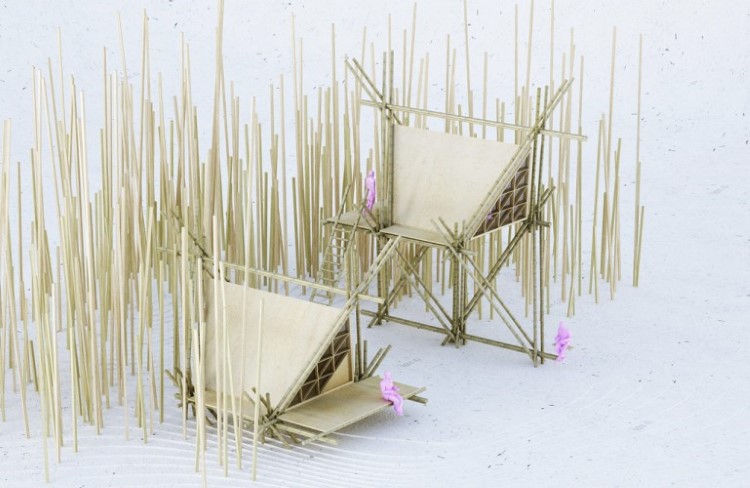 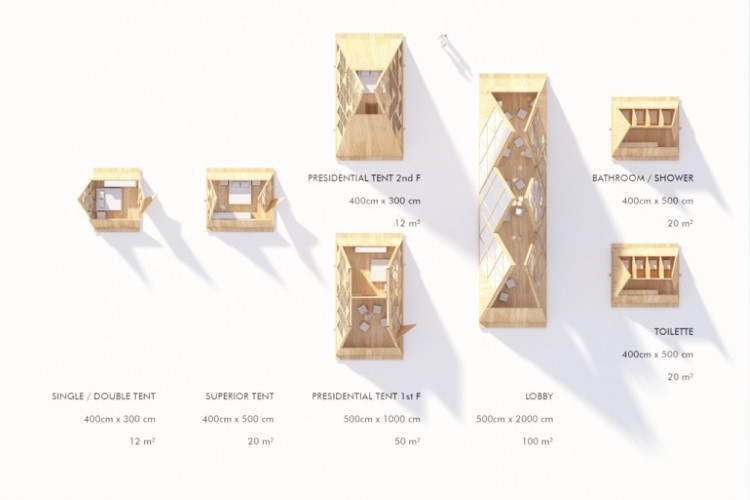 The modules in the concept idea include sizes of 12sq m for a single tent, 20sq m bathroom and a100sq m lobby along with what is termed a presidential tent of two stories at around 62sq m. 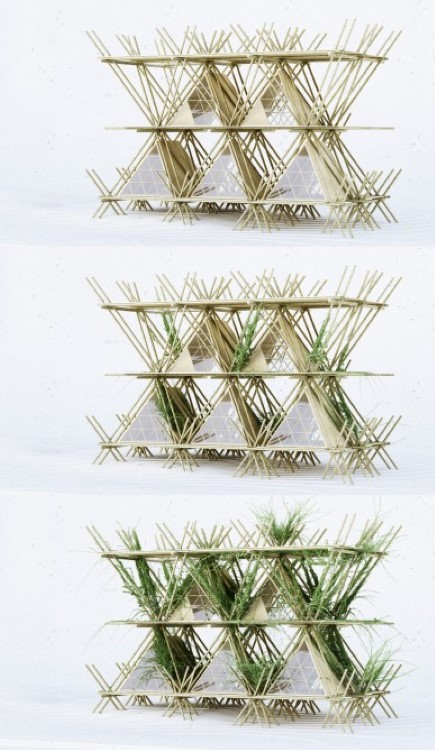 The bamboo eco-hotel is still in the very early concept stages and nothing has been said about the amenities that would be provided or how electricity would reach the eco-hotel. It is assumed that electricity would be by way of a solar array and the hotel would feature simple and modest touches, after all the whole idea of the bamboo hotel is to take visitors back to nature. 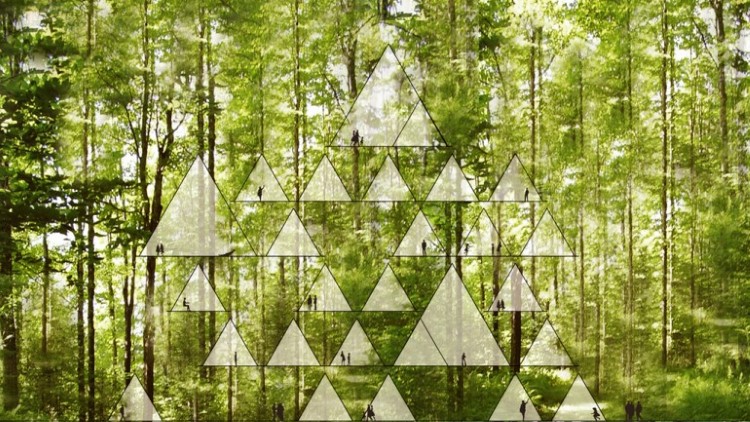 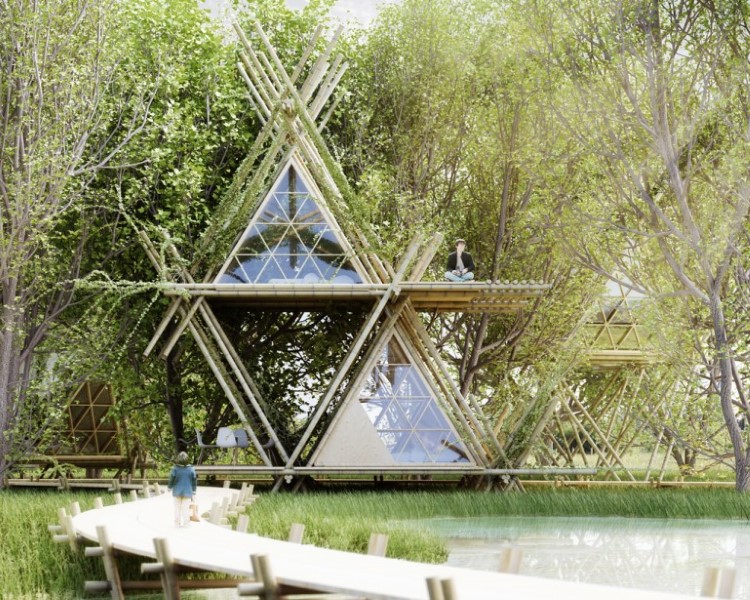 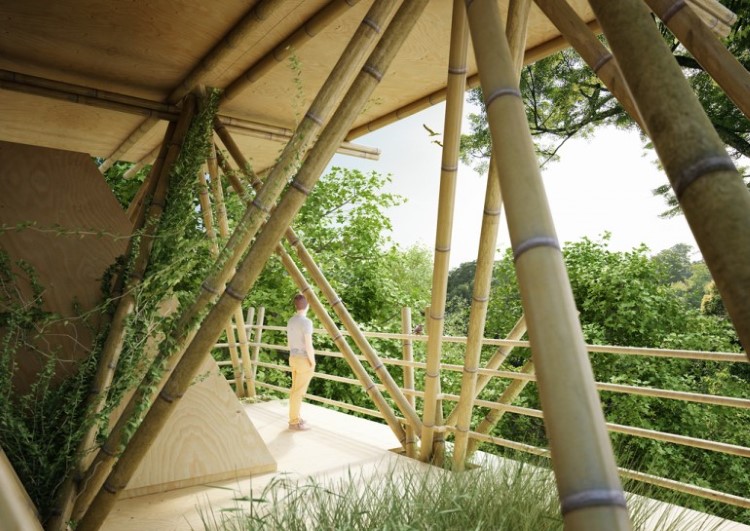