Google just got on the fidget spinner train! Unsurprisingly Redditors were the people to spot the nifty widget. Google it now and get started on whiling away some time! Make sure you simply type ‘spinner’ without anything else and you’ll be rewarded with the familiar spinning shape. You can get the time waster on both mobile and desktop. 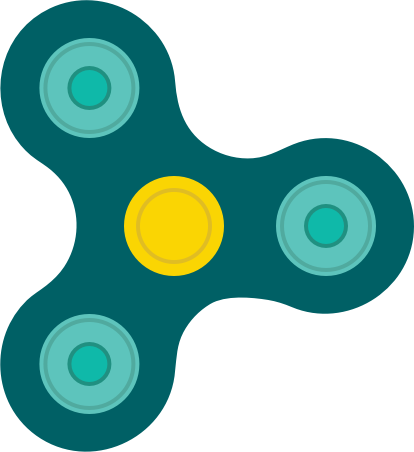 Get the widget spinning by clicking on the shape and moving your mouse. If you are very lazy, you can also just click ‘spin’ but it seems to ruin the fun. If you want to get your office friends involved, you can click the spinner over to a simple wheel of fortune. Settings let you increase the size of the wheel from two to twenty numbers. Let the betting begin! 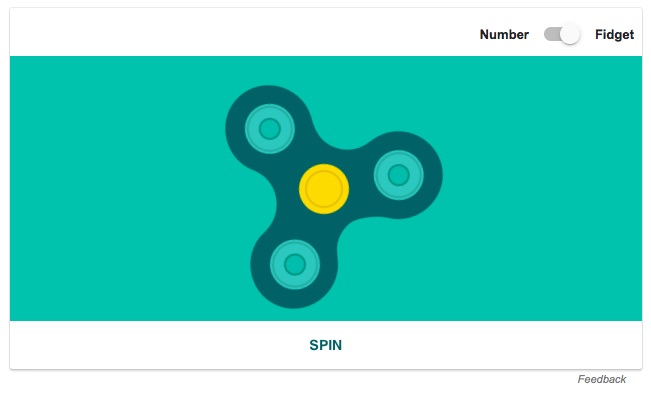 Fidget spinners have reached their zenith this year. The plastic toy is designed to help relieve stress or ‘fidgeting’ by giving the user something to occupy their hands with. The typical design of a fidget spinner is composed of three pronged propeller shapes with a bearing in their centre. The user holds the centre pad while the toy spins. It is usually made from plastic with steel bearings and costs less that $5USD. But deluxe versions with long spin time sell upwards of $25 USD. 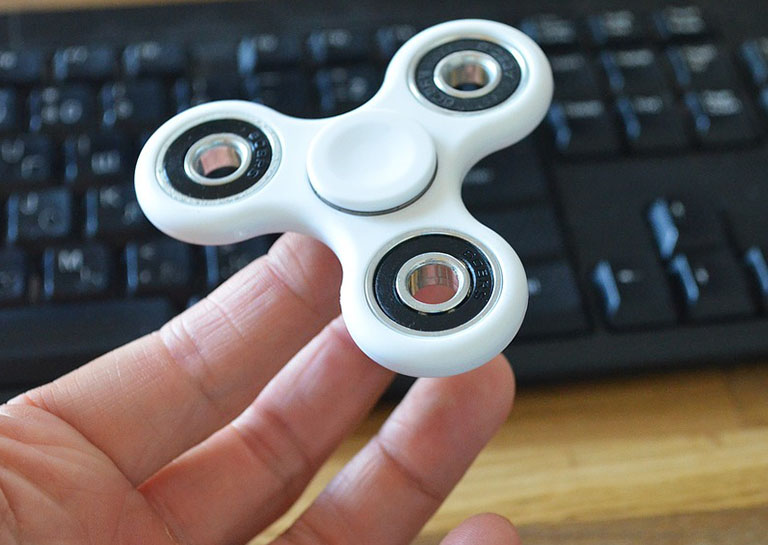 Experts are divided if the spinner has any useful benefits and many primary schools took a tough stand too. Many schools across Europe and Australia banned the toys saying they were a distraction to children in class. While there is no scientific research to support the use of toys, anecdotal evidence from some parents of kids with autism suggest they can work in giving children a way to ‘ground’ themselves.

A study by behavioural science professor Julie Schweitzer found that letting children with ADHD fidget while they work on a challenging concentration task called the “flanker paradigm” did help them complete the task. This study didn’t include fidget spinners but let children bounce, wobble on their chairs or move about.

Other experts who support the idea of fidget toys argue the fidget spinner has a design flaw that requires hand-eye coordination and thus moves the mind off the required tasks. Other fidget tools such as clicking a ballpoint pen, stress balls or plasticine can be done without a high level of concentration.

The fad of having something in your hands seems here to stay, the Fidget Cube received over $6 million USD in funding to create the multifunctional fidget toy.

Fidget spinners have also opened up a colossal gap in the world record market. The guys over at BuzzFeed recently attempted some Fidget Spinner records and children in South Australia gathered in a shopping mall to try and break the group fidget spinning record.

SEE ALSO: Woman Who Invented the Fidget Spinner Hasn't Made a Dime Off the Global Craze

More Stories
innovationIn a show of strength, the U.S. has once again tested its Minuteman III ICBMs
Christopher McFadden| 8/16/2022
cultureHow AI and RFID could solve the surge in lost airport luggage
Deena Theresa| 7/28/2022
scienceWatch a massive comet crash into the sun and vaporize immediately
Nergis Firtina| 8/9/2022