When you come across a deceiving image, it's just impossible not to wonder how the illusion works. And consequently, one part of your conscious mind tries to straighten up that deformed image. This is exactly the case for this latest optical illusion image created by Victoria Skye. Her own version of the famous optical illusion, the Cafe wall illusion by Richard Gregory, became an online viral sensation simply for its mesmerizing and deceiving patterns. Previous versions of the cafe wall illusion that dates back to 1898 have also been discovered but Skye's modern take on this vintage optical illusion is one to behold.

How exactly does an optical illusion work?

Skye's Cafe wall illusion is comprised of perfectly aligned horizontal and vertical bars and diamond patterns. The design's patterns are in parallel rows in both directions but it's the way they interact with each other that makes the illusion look so believable. The illusion artist explained just how the eyes are tricked into seeing inclined lines instead of the real straight figures. "The scientists say that the reason the illusion exists has to do with how the white and black edges interact in opposite directions along the straight edge, tricking the brain into thinking there is a slant in the line".

Without the contrasting interaction of the lines, Skye said the illusion loses its effect. "If you blur the image, the effect disappears because you cannot resolve the tiny white-black interactions once they are blurred, so the brain is no longer led down the garden path".

After trying to foolishly fix the apparent slants and inclinations of the straight edges in my head by squinting my eyes, I found myself slightly dizzy. Skye told Interesting Engineering that she intended for her design of the cafe wall illusion to be more extreme than previous versions.

The illusion artist expressed in a tweet that even her pair of creative eyes is not immune to the deceiving elements of the image.

The contrasting colors, angles and edges all go into deceiving the eye.

Skye has asked illusion neuroscientists what this type of effect seen in her version of the cafe wall illusion is called. The artist was informed that the illusion in her version is categorized as the "twisted cord" effect, named after the very first version made by the Scottish physician James Frasier.

While browsing through Skye's website, we couldn't help but be in awe with some of the illusion artist's other works. Take this very subtle optical illusion art for example. If you focus on the corner edges of the large square it looks as if the lines are curving. 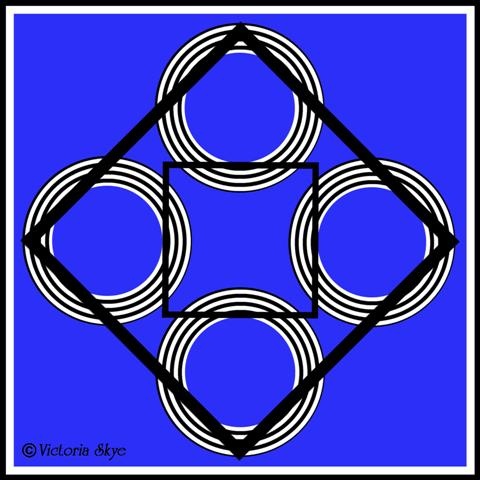 Or how about these straight blue and maroon stripes? The wave-like effect of the circles causes the straight lines to appear as if they are curves at their mid-points. 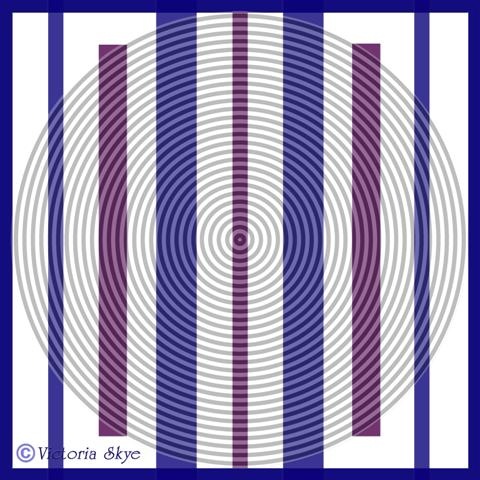 Apart from being a professional illusion artist, Skye is also a professional magician and entertainer based in Atlanta, Georgia. Skye has a background in drafting and design as well as being a woodworker, which she took after her father. Visit Victoria Skye's website here to see more of her impressive optical illusion art works.