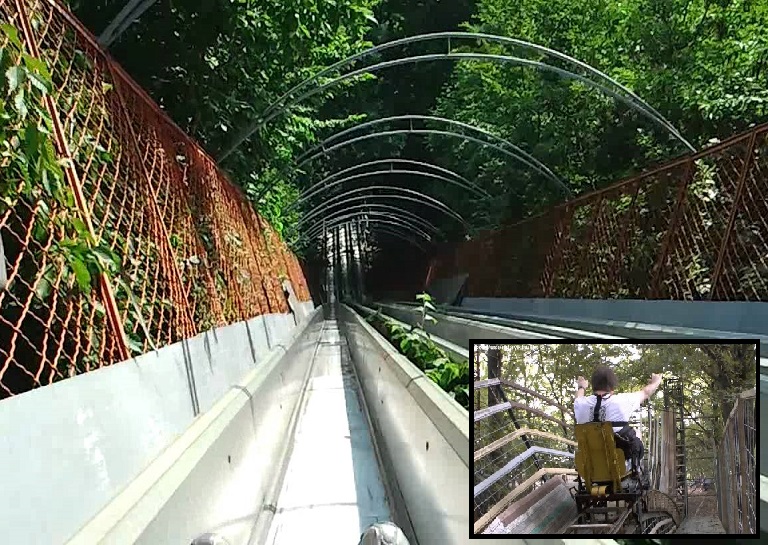 An Italian man simply known as Bruno dedicated 40 years of his life to construct perhaps one of the most impressive theme parks in the world. Moreover, he built it by hand.

What started out as a family restaurant slowly began to change into an iconic theme park in the heart of Italy.

From Restaurant to Theme Park

The restaurant and theme park, Ai Poppi, began as a restaurant hidden in a forest which could only offer a basic menu.

"I hung all the food on a tree and set the grill under it. I also bought some soppressa, a type of salami from Veneto, the big kind. I wanted to see if we would sell something or if people would come, because we didn't even have a sign in front of the place," Bruno said in a feature documentary.

The restaurant began as a sheet-metal shack  erected in just a day's work. The restaurant soon grew into a popular destination for locals to dine and enjoy traditional Italian meals. However, no one could predict the turn of events which followed shortly after.

Bruno, a man with no engineering experience, needed a few hooks to hang sausages on a tree. The hooks needed to be custom made. In 1969, there were no hooks available in the local stores. Naturally, Bruno started off towards the blacksmith to have them fabricated. While the blacksmith didn't want to help Bruno directly, his lack of assistance would eventually become the starting point of the 40-year long theme park journey.

"I'll always remember him [the blacksmith], I'd like to make a monument to him. I went to the shop and asked if he could make four hooks. Do you know what he said?

"'I don't have time for these kind of things. If you know how to weld, the machine is over there. Do it yourself.'

"I wish he never said that. Because then I started. I went to a workshop to learn how to weld. I asked them to teach me and I started to learn. Besides the small rides I made in the beginning, the first big ride I made was that iron slide. And that was forty years ago.' said Bruno. "At the time, it was big news. There were not many strange rides like that. And since then I continued building, getting bigger and bigger, until I built all of them. It's funny because I didn't expect it. I didn't imagine it would be such a great success."

The Rest is Magic

After Bruno learned the art of welding, he developed a passion for building rides. The rides, however, are unlike any conventional rides found at large theme parks and festivals. Bruno focuses on designing a theme park around the central idea of human power. Guests control their own rides, leaving the rider to get out only what they put in.

The theme park captures a sense of serenity through its seemingly magical design. It's almost unimaginable to think every bend, weld, and every single other piece was fabricated and brought together by one man.

Currently, there are nearly 40 featured rides at the park. Some rides are basic such as the Tappeto elastico which is essentially a trampoline fabricated out of small rubber rings. Other rides are incredibly complex such as the Ferris wheel which requires to riders to alter their body-weight distribution in order to turn the wheel around. The park is open to both children and adults to enjoy.

Handmade roller coasters may seem precarious. However, every structure certified by an engineer as well as subject to routine maintenance to ensure safety.

He hopes the next owners of the park will continue its legacy and maintain the park for many years to come.