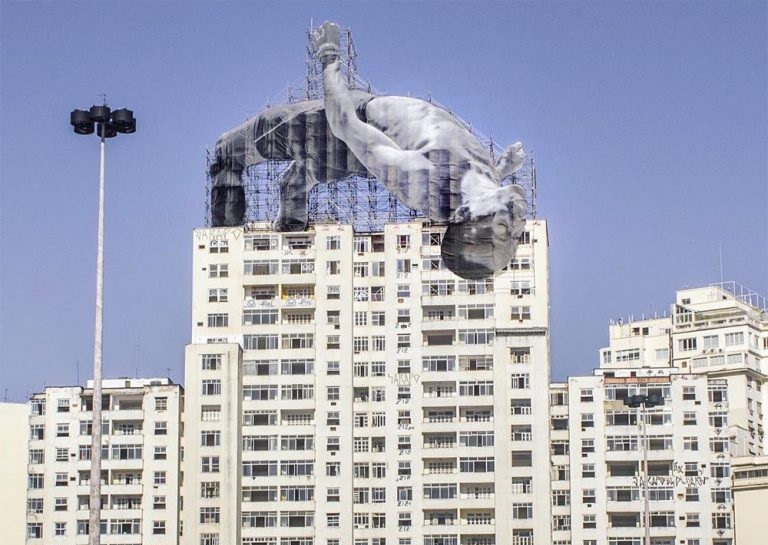 JR, an incredible French artist, recently revealed two massive magnificent sculptures just prior to the opening of the 2016 summer Olympics.

The two sculptures unveiled depict athletes that interact with the city. The first of which is of an unknown diver diving into the water near Rio’s Barra.

The second is of a Cologne-based, Sudanese high jumper Mohamed Younes Idriss high jumping over a 25 story building.

“He missed out on qualification for the 2016 Rio Olympics but he is there somehow,”

The sculptures are made out of fabric draped over a metallic structure. The fabric is printed on with high detail giving the sculpture a mystic look as some light penetrates the material. 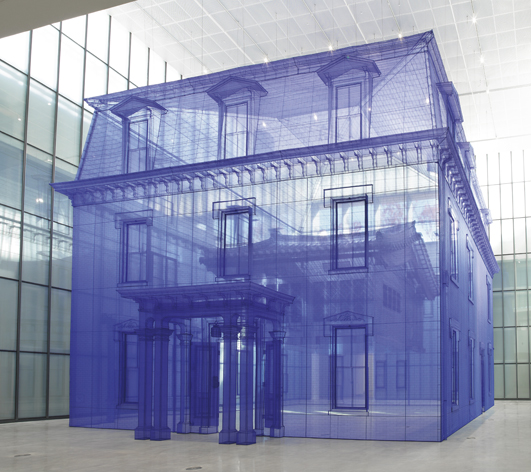 Judging JR's Instagram account, the comments make it seem he may be relieving new abstract work in the near future.