Maasai women have turned into solar warriors thanks to Green Energy The Maasai tribes are found in Tanzania and Kenya the people often have to struggle. They have to put up with livestock being taken by the wild animals roaming around and when the sun disappears they are in the dark as they have no electricity. Those lucky enough to own a mobile phone often have to walk for many miles just to charge it. However this could be a thing of the past thanks to the Green Energy Africa project. 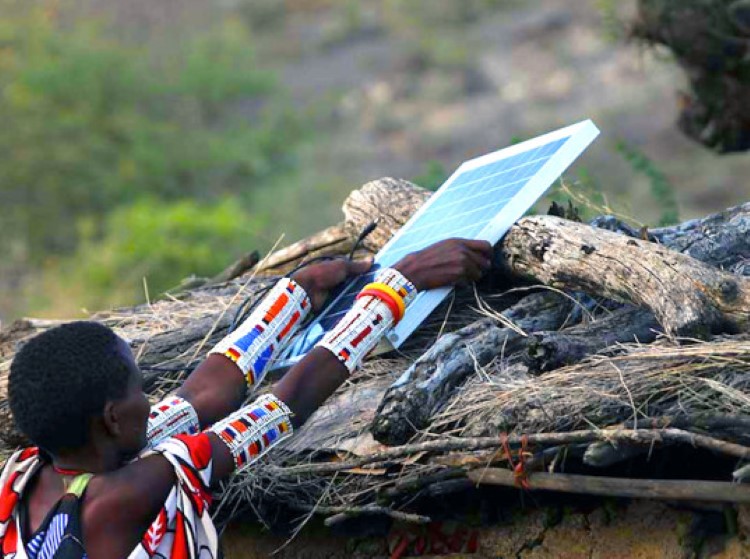 The Green Energy project has helped to bring solar energy to over 2,000 homes in the county of Naiputa along with giving women in the region jobs selling solar installations in the region. The project started in September of 2014 and the goal was to promote women and youths taking part in development through solar energy along with bringing solar power to people who live in Makueni and Kajiado counties in Africa.

A report suggested that only around 23% of Kenyans have electricity and just 5% of those living in rural communities have access to electricity. This means that many people have to rely on cutting down trees so they can use them to burn as fuel or buy kerosene, which is expensive. 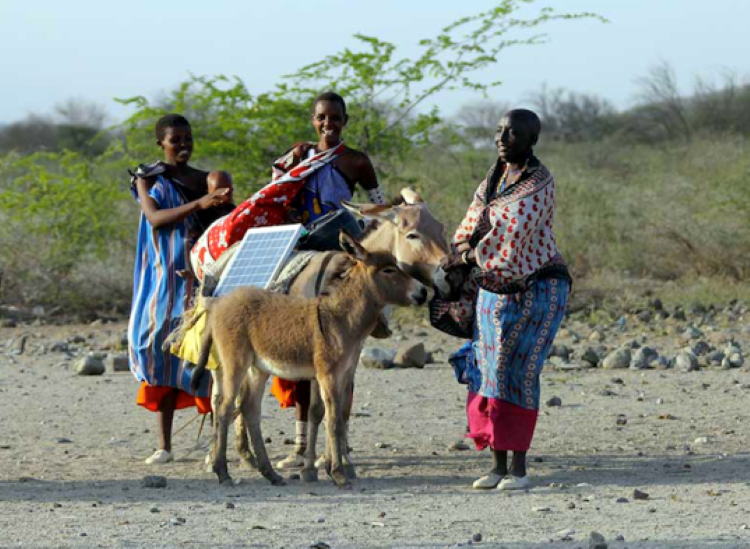 Jackline Naiputa is one of these people and she is now the head of the group in Osopuko-Edonyinap working with five other groups of women. The women buy solar installations at a discount from Green Energy Africa and take them on donkeys to the villages, selling them for around 300 Kenyan shillings profit. The proceeds from each of the panels sold are then put towards the purchase of more panels along with lights and batteries.

Naiputa said that the solar technology has made a big impact on her family’s lives as it protects them against wild cats and hyenas, the family lost 10 of their goats during 2014 to wildlife. They now have solar lanterns which help to ward off any wildlife and means that her son no longer has to risk his life sleeping outside in the krall watching over their stock.

The managing director of Lartech Africa Limited said that thanks to the charity act of Thomson Reuters the people of Kenya are able to tap into the potential of solar power. Community customs in the region say that women cannot own property, however now women are able to stand on their own two feet as they own and sell solar technology.