Map of the World's Deepest Cave The world's deepest cave so far discovered is found in Georgia's breakaway independant state, Abkhazia, with an altitude separation between entrance and deepest known point of 2.2 km.  The Krubera cave (also known as the Voronya cave) is located in the Arabika Massif on the edge of the Black Sea and extends a total of 13.4 km - as far as we know.

The cave was discovered by French explorers in 1956 as they first plummeted 1 km deep into the hole. The cave has since been mapped by explorers of various nationalities and in 2007, a Ukrainian diver called Gennadiv Samokhin extended the map of the abyss by diving in ‘the terminal sump’. He increased the cave's known depth by 46 metres in 2007 to gain a World Record and then went on to beat his own record by a further 52 metres in 2012

The image below shows the what has thus far been discovered of the cave as it seems to be extended further with every dive and exploration. To get some perspective, the cave is as deep as 6 and a half stacked Eiffel towers or deeper than 2 and a half of the world's tallest building, the Burj Khalifa in Dubai.

Camps have been set up along the journey to the center of the Earth (which is just over 6000 kilometres, by the way) as some cliff face decents alone can take up to 20 hours, not to mention the harsh weather conditions. In 2005, a team of 56 people carried some five tonnes of equipment into the cave. Explorers are able to cook meals, sleep in tents and huddle together for warmth. 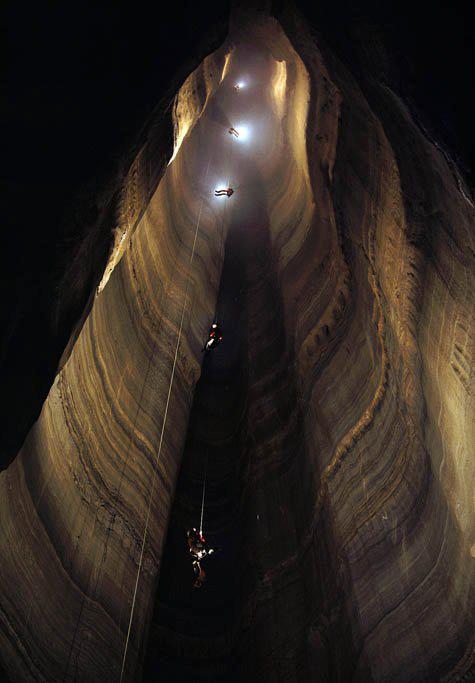 This type of cave is known as a kaist, meaning it has formed from the dissolution of soluble rock and in this case, the soluble rock is limestone. The cave is composed of Lower Cretaceous and Upper Jurassic limestone that dip continuously towards the Black Sea region. 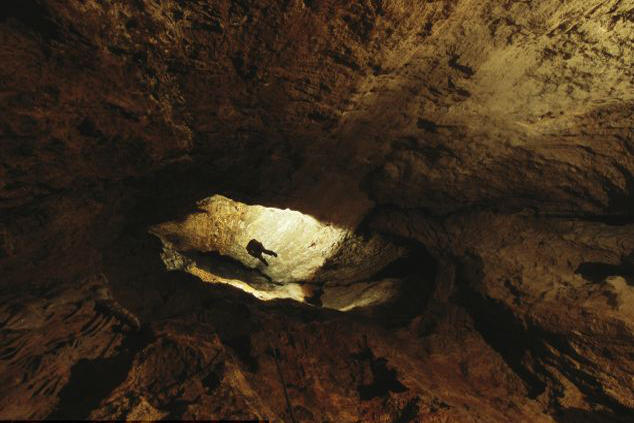 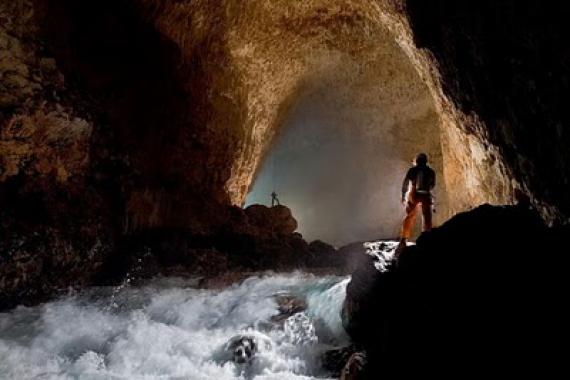 This certainly isn't one for the claustrophobic! Would you dare take the plunge?