Facebook CEO Mark Zuckerberg has a reputation for being one of the tech industry's most brilliant minds. He might even be Tony Stark brilliant. Zuckerberg recently dropped a video debuting his own version of Stark's Jarvis program. The artificial intelligence system can control nearly everything in the Zuckerberg household. However, Zuckerberg's system doesn't use British actor Paul Bettany, who portrayed Tony Stark's loyal AI Jarvis (and now Vision) in the Marvel films. It uses the sultry timbre of Academy award-winning actor Morgan Freeman. The AI could read the phonebook to us and we'd be enthralled.

Zuckerberg noted in a comment that the video is just a "fun summary" and not a live demo, sadly. However, Zuckerberg details the entire, yearlong coding process in a blog post.

The 32-year-old CEO hinted at Jarvis's construction back in January, but the project's progress was relatively unknown until now.

As soon as you step onto the Zuckerberg property, Jarvis sends a notification of your arrival. Zuckerberg can see exactly who's standing outside his door with a simple video feed connection. Another video feed runs into his daughter Max's room as well. Facial recognition serves as an important component in Jarvis's system. 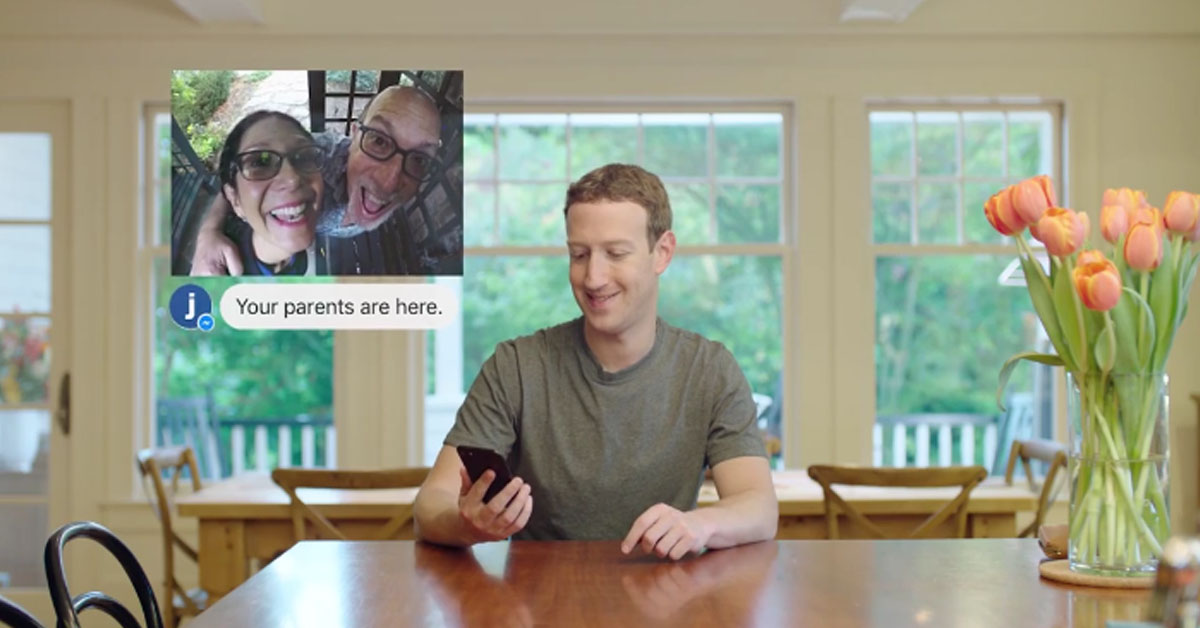 In an interview with Fast Company, Zuckerberg mentioned not irritating his wife Priscilla became one of his biggest challenges while programming.

"You’ll run into things like, I’ll just say ‘turn on the lights in this room,’ and then they’ll be on too bright, so Priscilla will [say] ‘make it dimmer,’" he said. "But she didn’t say what room to make it dimmer in, so it needs to know where we are, and...where we get the context wrong, and I’m like, ‘play some music,’ it’ll just start playing in Max’s room because...that’s where we were before."

He also mentioned that Priscilla's office runs adjacent to where he enjoys watching TV. Naturally, he asks Jarvis to dim the lights or turn them off completely. It doesn't always turn out as planned.

"One of the rooms that is adjacent to the [TV] room is...Priscilla’s office," he said, "so we had this funny thing for a while where...we’re going to watch TV, and [Jarvis] would just turn off all the lights downstairs, and she’d be trying to work, and she’d be like, ‘MARK!’"

Of course, Zuckerberg had a higher purpose for creating Jarvis rather than just simplifying his life to the sounds of Morgan Freeman (or Arnold Schwarzenegger). In his blog post, he noted:

"My goal was to learn about the state of artificial intelligence -- where we're further along than people realize and where we're still a long ways off. These challenges always lead me to learn more than I expected, and this one also gave me a better sense of all the internal technology Facebook engineers get to use, as well as a thorough overview of home automation."