When you are working on your resume, you likely only list the good aspects of your work history, but what about adding the failures? That's exactly what one Princeton University professor did, and his CV of failures has gone viral. Instead of listing all of his accomplishments, he detailed all of the failures and rejections he has received over the years.  You can check it out below. 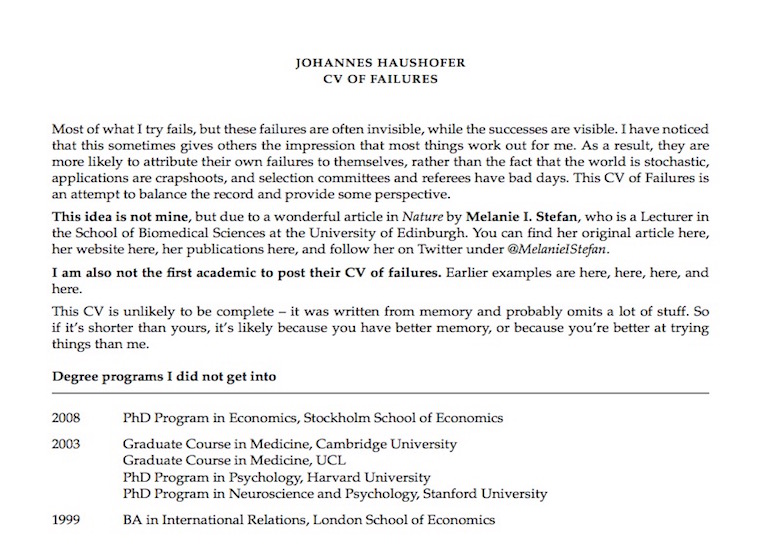 Professor Hausehofer teaches psychology and public affairs at Princeton, and apparently he has had this CV laying around for a few years. He initially wrote it up to prove to his students that just because you fail, doesn't mean you won't succeed. Failures are all key on the path to success, according to Haushoffer. The amount of history covered in the document is extensive, and it may make you wonder what he succeeded at if he got rejected and failed at so many things. 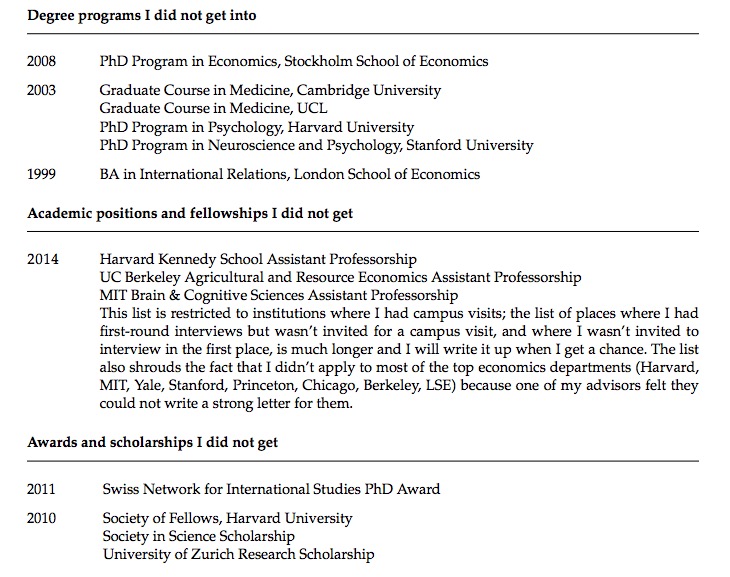 Many influential academics are of the impression that failure paves the path to success, and if you look at the history of the world's most successful people, you will find their past filled with failure. Comically, the last failure on the resume is the fact that his "CV of failures" has gotten more attention than his entire body of academic work. 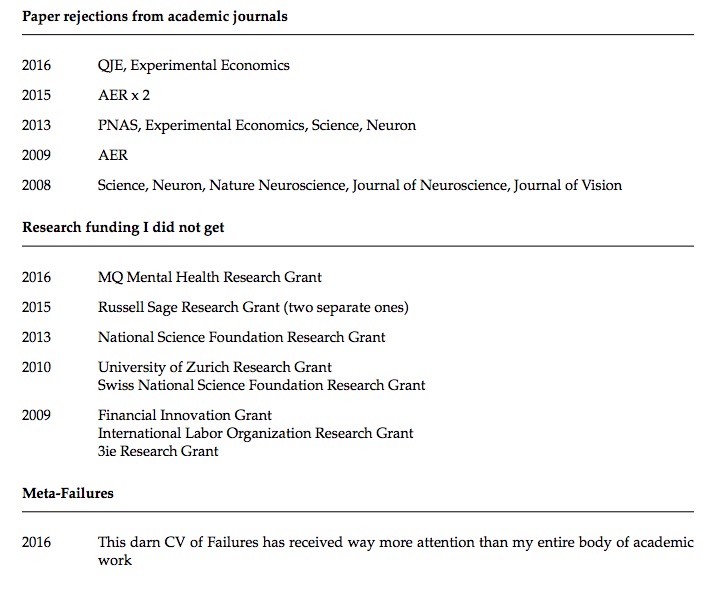